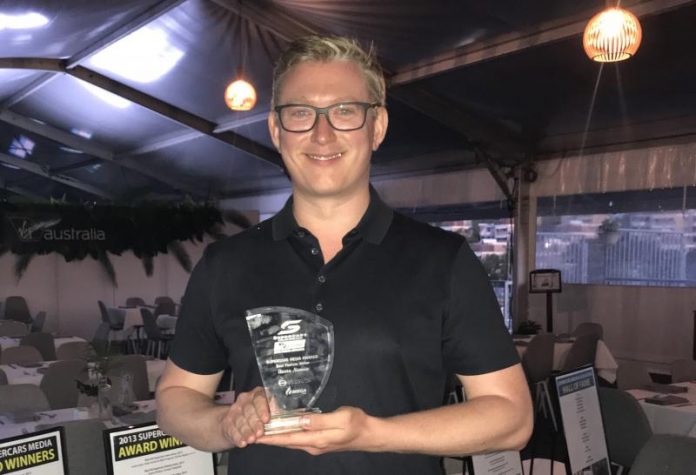 THE V8 Sleuth team has picked up an award at the annual V8 Media Association Awards recently held at the Coates Hire Newcastle 500 Supercars event.

V8 Sleuth MD Aaron Noonan collected the award for Best Feature Writer at the event for his sold-out book ‘HRT The Cars, 1989-2016’ documenting the racing history of every Holden Racing Team race car.

More than 45 cars were featured in-depth in the book with the addition of a full results history for each car and inclusion of never-before-published photos making it a must-have publication for HRT and Holden fans.

A total of 1000 numbered copies were produced and all copies available to purchase were snapped up within just a few months.

More than 180,000 words were produced for the book with nearly 1000 photos published, the majority coming from the AN1 Images archive taken by ace photographer Graeme Neander.

For those that missed out on a copy of the book, a very, very limited number of very slightly marked copies (damaged in transit from printer) remain that are being made available atreduced price.

They’d make a nice Christmas present surprise for the keenest of HRT fans – if you’re interested, drop the V8 Sleuth team an email here to grab one.