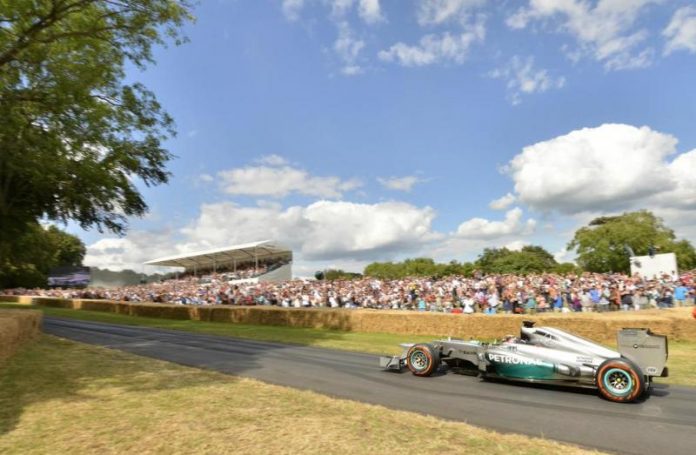 THE world-famous Goodwood Festival of Speed will feature a V8 Supercar at this June’s event which features some of the biggest names and cars in world motorsport history.

Brit Alex Sidwell has raced an ex-Holden Racing Team Commodore in the UK and Europe for the last few years and recently purchased an ex-Tasman Motorsport Commodore VE that arrived in England just before Christmas 2014.

Sidwell and his Holden Racing UK Ltd squad have been invited to run in the Festival’s Hillclimb event, which pits all sorts of cars against the clock up what is effectively Lord March’s driveway!

He will drive the recently acquired ex-Tasman Commodore which finished fourth at Bathurst in 2009 in the hands of Greg Murphy and Mark Skaife and is to be re-liveried in those colours forthe Goodwood event.

It’s not the first time a V8 Supercar has competed at Goodwood.

The Goodwood Festival Of Speed will be held on June 25-28.