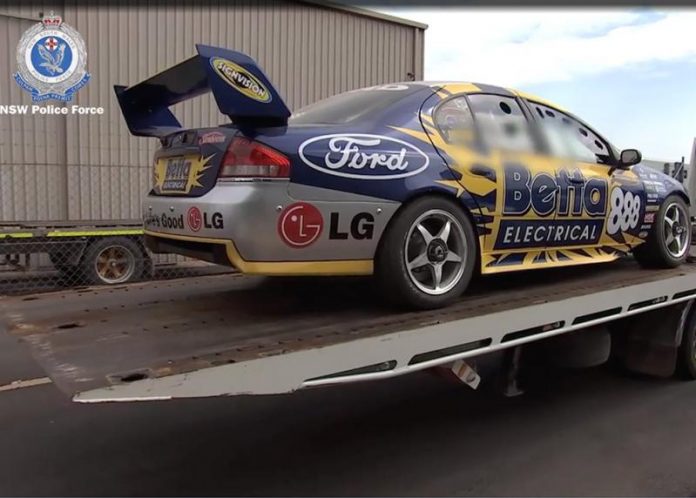 A V8 Supercar has been seized by New South Wales Police as part of an eight month drug operation.

Eight people were arrested across the Hunter Valley, Newcastle and Dubbo regions on Monday morning in simultaneous raids as part of Strike Force Bato.

Along with the Ford V8 Supercar, officers also seized $140,000 in cash, seven motorbikes and a Holden Monaro HT GTS which police will allege to be the proceeds of crime.

WHICH CAR: The race history of the V8 Supercar seized by NSW Police

“During the operation police have seized approximately $900,000 worth of cannabis (40 kilograms) and we will allege this will be the dismantling of an ongoing criminal syndicate involved in the supply of illegal drugs,” Superintendent Peter McKenna, Orana Mid-Western Police District commander, said according to the Daily Liberal.

Superintendent McKenna added that it was at the “higher end” of drug supply operations, with over 80 officers involved including members of the Australian Border Force and the NSW Crime Commission.