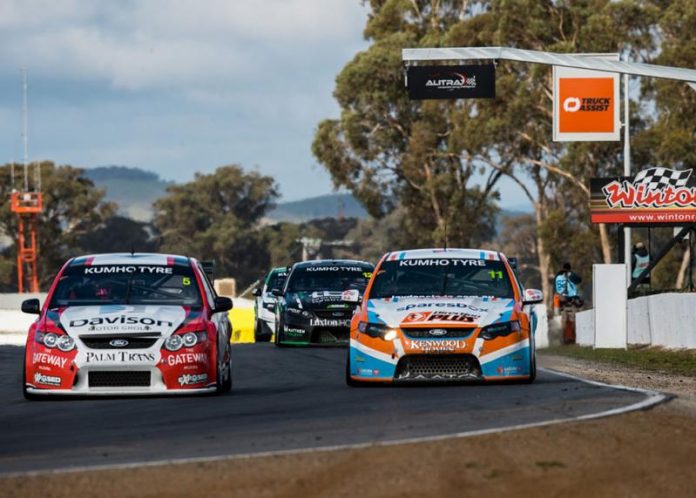 THE Kumho Tyre Australian V8 Touring Car series has entered a strategic partnership with the Australian Racing Group for its 2020 season.

The series ran under 'Super3' branding in 2019, cementing its stature as a third-tier Supercars category catering to deregistered chassis.

However Supercars has elected not to renew or extend the licensing agreement that allowed the series to utilise that term, the category re-adopting its previous V8 Touring Cars moniker.

“2020 will be a year of major change for the category but it’s one we’re looking forward to embracing,” category manager Liam Curkpatrick said.

“Our new relationship with ARG comes as they see the value the series and the cross-section of competitors and cars that it represents.

“We’re working hard to ensure our competitors have a strong broadcast package and opportunities to potentially progress their driving beyond the category should they have a successful season and wish to move onwards.”

Kumho Tyre Australia will remain the title sponsor and control tyre supplier of the series, a relationship that has spanned several seasons.

The series' 2020 calendar will be confirmed early next week, a schedule that will include a slot on the support card for the Winton Supercars Championship round which is promoted by the Benalla Auto Club.

“Our long-term relationship with the Benalla Auto Club ensures we are back at Winton for our annual visit to their Supercars round,” Curkpatrick added.

“That event has grown to become one of the best regional events on the calendar and it is a key part of our calendar.”

Along with the 2020 calendar, the category is expected to announce a range of competitor awards and prizes that will potentially offer career progression for the winner of next year's series.

“The V8 Touring Cars brand is strong and we’ll continue to build on our more than a decade of history that started in 2008 and will evolve further in 2020,” Curkpatrick said.