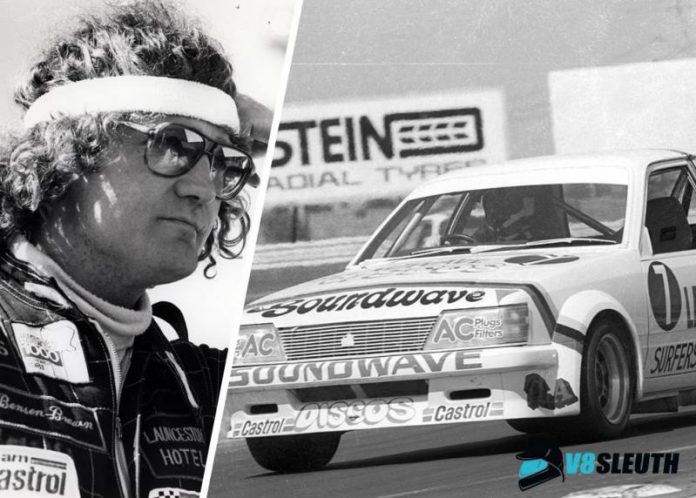 FORMER touring car racing privateer Clive Benson Brown has passed away at the age of 71.

Well-known for his motorsport exploits in the 1980s at the wheel of Commodores sponsored by the Launceston Hotel and Soundwave Discos, Melbourne-based Benson Brown was a well known nightclub identity and passed on Tuesday after a battle with cancer.

To motorsport fans he’s best remembered for the period in which he made three Bathurst 1000 starts in 1981, 1982 and 1983, finishing fourth in the crash-shortened race in ’81 with Garry Rogers, who was at the wheel of Benson Brown’s Commodore when it ploughed into the accident scene at McPhillamy Park.

He shared at Bathurst with Charlie O’Brien in 1982 and then with Rogers again in ’83.

The 1983 Soundwave Disco livery was used by Garry Rogers Motorsport last year at the Sandown 500 retro round.

“Dick (Johnson) was limping with oil leaking out of his engine. (Bob) Morris was part of what started the crash. We were 20 seconds behind him and he had another pit stop to do and we’d just done ours – it was Garry’s first lap out (of the pits when the crash occurred).

“The car was concertinaed. I drove Garry back home the next day. He had problems seeing because of the blood behind his eyes and he had bruises on his chest from the seatbelts, so certainly he was going fast when he hit.”

Benson Brown had started his touring car career in 1981 by purchasing the 1980 Australian Touring Car Championship-winning Commodore of Peter Brock from the Holden Dealer Team owner.

“Peter came with it to Calder when we tested it,” Benson Brown recalled in 2006.

“Larry Perkins actually tested it as well to check it was all good and he taught me to drive it as well. He was with Peter Janson’s team in 1981 and I’d only done three of four races before Bathurst and didn’t really have a team structure.

“At Sandown (earlier) in 1981 I was on my P-plates. Bob Jane objected to me racing and CAMS came out and said ‘what are you talking about – he’s fifth on the grid!’ and they upgraded my license instantly even though I’d only done three of four races!”

His funeral will be held onWednesday August 28 at 10.30am at Nelson Brothers in Elsternwick, Melbourne.