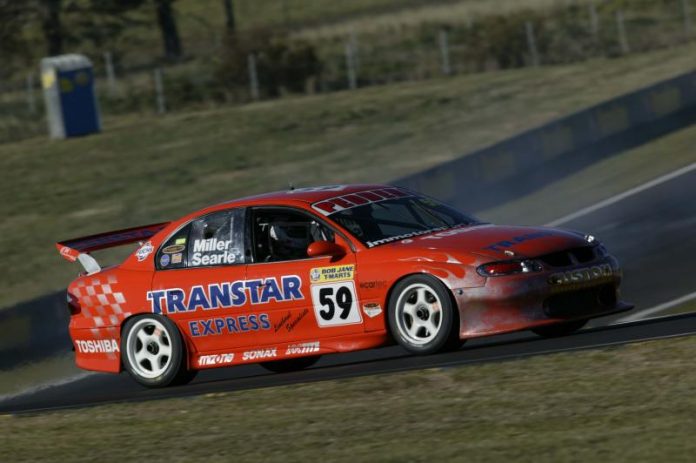 LONG-TIME Australian motor racing identity Ron Searle has passed away after a two and a half year battle with cancer.

Searle was only 52 when he passed away last Thursday.

He was bid farewell at a service in Sydney yesterday.

Many V8 Sleuth followers will remember Searle from his stints in various categories including Formula Ford, Super Touring and occasional V8 Supercar outings, and for a long relationship driving cars prepared by Mike Quinn’s Phoenix Motorsport.

Searle made five Bathurst 1000 starts – in Corollas in 1990 and 1991, in a Camry production car with David Ratcliff in the 1998 AMP race and two starts in 2002 and 2003 alongside Jamie Miller in an ex-Gibson Motorsport Commodore.

In more recent years Searle joined forces with and supported Garth Walden, who prepared a Mercedes-Benz AMG A45 owned by the keen Mercedes collector and enthusiast for the Bathurst 6 Hour production car race.

“His support, trust and faith he had for GWR (Garth Walden Racing) was enormous and will never be forgotten,” Walden told V8 Sleuth today.

Searle won his class in the 1991 Sandown 500 in a Corolla alongside Don Griffiths, finishing fifth outright in the Melbourne enduro classic.

He also competed in a two-litre Toyota Camry in the 1998 Australian Super Touring Championship and co-drove a Mondeo with Peter Hills at the 1999 Bathurst 500 Super Touring event.

A stint in the V8 Supercar Development Series followed in a VS Commodore.

The Sydneysider long haul transport contractor (Transtar Express was a common sight on his racing cars over the years) finished seventh in the 1990 Australian Formula Ford Championship in a class including Russell Ingall, Paul Stokell, Paul Morris, John Blanchard and Troy Dunstan and again finished seventh in 1991 and sixth in 1992.