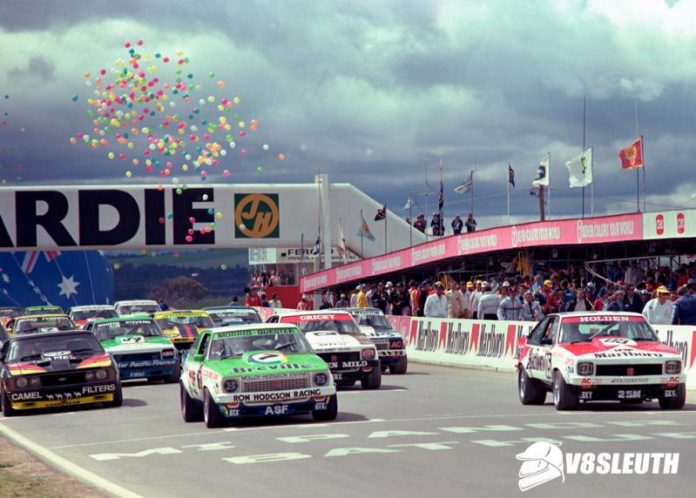 Based in Cardross just outside Mildura in the Sunraysia region of Victoria, MacKay’s contribution to the sport and documenting of its history is immense, though one the fan base of Australian motorsport would largely be unaware of.

He regularly wrote to event organisers and promoters to source official race results of races in the 1970s and 1980s that governing bodies and promoters would never otherwise bothered to keep – readers of magazines of the period would have seen his letters that regularly encouraged publications to print more detailed race results too!

Such was his collection of information and reference material, the likes of V8 Sleuth and Australian Muscle Car Magazine always had MacKay on speed dial to assist with a variety of research projects, information hunts and results gathering projects, for which he had boundless enthusiasm.

A tireless researcher, he considered himself an amateur motorsport historian, however his record keeping, dedication to detail and understanding of the sport was far from that – he was a total pro.

Formerly a volunteer pit crew member at Bathurst with Scotty Taylor’s privateer team, MacKay had been remotely working for V8 Sleuth this year, assisting us with our ever-growing AN1 Data motorsport results and history database.

Whether it was chasing former drivers to validate their dates of birth, double checking problematic results from history, seeking further details or anything in between, MacKay was simply a star.

“I remember being in Mildura about 10 years ago and while there stopped in to finally meet Scott at his home having been corresponding with him for a few years,” he says.

“You couldn’t have met a nicer bloke. He had a huge motorsport collection of material that I would think is unrivalled in the country and has put more work into documenting Australian motor racing results and race history than just about anyone I know.

“He has kept material and discovered answers that others simply have not stopped to document or stopped to think about over the years.

“It was a great thrill to bring him onto our team earlier this year, but this news has certainly made for a sad time in our office this week. We pass on our condolences to his family, friends and loved ones.”

Scott passed away at home suddenly last Monday, September 23, and is survived by his children Brianna and Zachary. He was only 58.