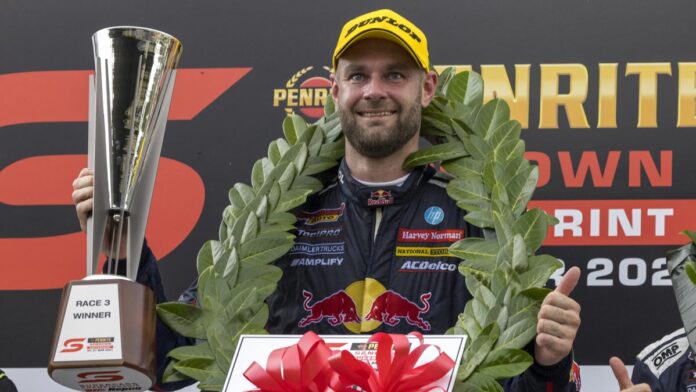 The annual ranking put together by the Autosport editorial team aims to compare the best performers from every major four-wheel motorsport series across the globe.

Van Gisbergen has been placed 16th in the list after a stunning year that included domination of the Repco Supercars Championship and is the category’s only representative in the top 50.

He won 14 races on the way to the title, including the first six in succession, which most notably included a victory from 17th on the grid at Sandown while nursing a broken collarbone and fractured ribs.

The Kiwi’s year began with victory in the New Zealand Grand Prix, which came despite being forced to start from pitlane after his car’s onboard fire extinguisher went off.

His 16th place ranking on the 2021 Autosport Top 50 list made him the biggest climber from the previous year, where he’d placed 47th.

Van Gisbergen though isn’t actually the highest placed Kiwi; Jaguar Racing Formula E runner Mitch Evans scored 11th after a season in which he challenged for the title.

FIA Formula 2 champion Oscar Piastri is the leading Australian in 23rd, while F1 racer Daniel Ricciardo is 30th – the biggest faller year-on-year – after a largely tough season with McLaren.

F1 drivers dominated the top three placings: Lewis Hamilton getting the nod for number one despite narrowly and controversially losing the title to Max Verstappen last week.