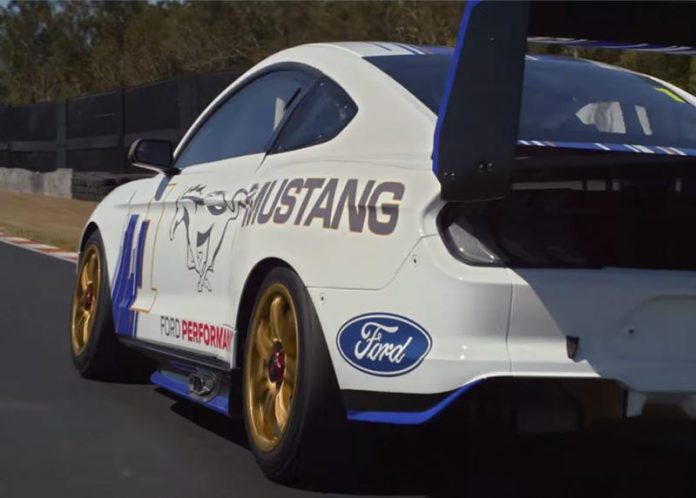 FORD Australia has given us the first proper look at the new Supercars-spec Mustang – stripped of its camouflage livery.

The car initially broke cover late last year at Queensland Raceway wearing a blue camouflage livery that masked its true look, as it embarked on track and aero testing that would define its final homologated form.

DJRTP BOSS: How the Mustang will be better than the FG X Falcon

The white livery carried by the car in the video below, shot during a filming day at the Norwell Motorplex late last month, gives us a much better look at the Mustang’s shape.

So, what do you think, Sleuthers? Do you like the look of the Mustang more now you’ve seen it without the camo livery? Let us know on Facebook, Instagram.