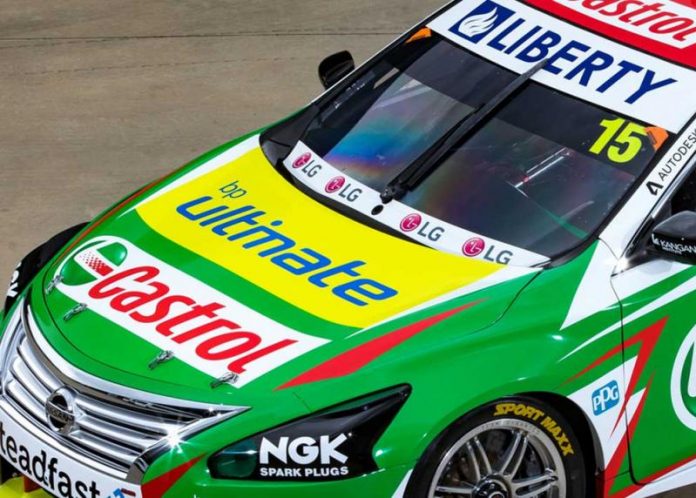 RICK Kelly will continue to campaign a Nissan Altima in Castrol colours as his Supercars team enters a new era in 2019.

Reverting to Kelly Racing following the end of its factory deal with Nissan, the younger Kelly brother is the first of the team’s four entries to be revealed ahead of the new season.

Castrol has signed a multi-year extension with the team, continuing into a second season as the naming rights partner of the #15 Altima as the oil company celebrates its 100th birthday.

Part of the deal sees increased branding from Castrol’s parent company BP, whose bright yellow hues appear more prominently on the car in 2019.

“Castrol is one of the world’s most recognised brands in motoring, so to have their support over a multi-year deal is very exciting for us,” Kelly said.

“Last year, we really enjoyed working with them, and it was very rewarding to give them a race win and a number of podiums over the season.

“We love the look of the #15 car for this year. The livery on last year’s car was very popular amongst all fans, and we feel that everyone will be impressed with the look of our car.

“It’s also great to have the support of BP Ultimate. Both Castrol and BP are two iconic brands, and we are excited to represent them on and off the track.”

Simona De Silvestro has been confirmed in the team’s four-car lineup alongside Kelly, who will become the most experienced driver on the grid in 2019, but the identity of the team’s other two drivers is yet to be confirmed.

What is confirmed is that Michael Caruso will not be one of them, joining Tickford Racing as an Enduro Cup co-driver for 2019 after his Kelly Racing deal concluded at the end of last year.