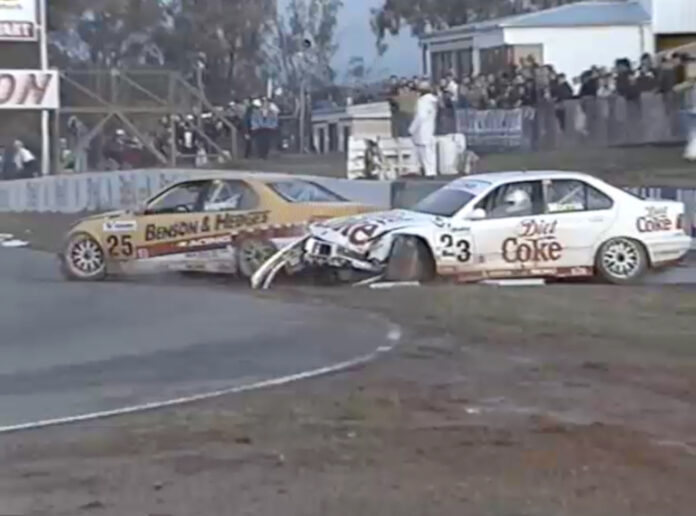 IT was one of the most controversial incidents in Australian touring car history – the infamous post-race altercation from Winton 1994 between Tony Longhurst and Paul Morris.

The BMW duo were fighting hard for victory in the second race of the third round of the ’94 Valvoline Australian Manufacturers Championship for two-litre touring cars and miles in front of their nearest challenger, and then it all went wrong.

The two cars snagged wheels and carted themselves off the road into the wall – and Longhurst wasn’t please, flying out of his car and launching blows on his teammate through the window.

Check out the full race here in the video below, including the biffo between the BMW boys!