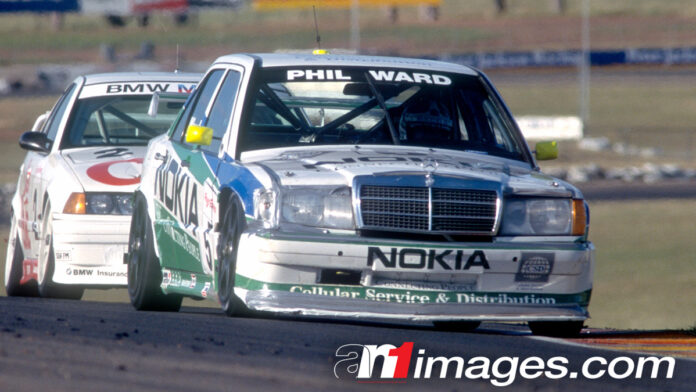 THE two-litre Super Touring era in Australia in the mid to late 1990s saw a range of interesting cars battle one another in the local series.

In 1995 the category adopted its ‘Super Touring’ name for the first time and featured a range of new and familiar faces.

The Diet Coke BMW team had Paul Morris and Geoff Brabham and the new Orix Audi team had a pair of Quattro 80s for Brad Jones and Greg Murphy.

There was a handy pack of privateers too, so sit back and enjoy this race from the vault – Race 1 from Round 2 of the 1995 Australian Super Touring Championship at Oran Park in Sydney.

WATCH THE RACE BELOW: