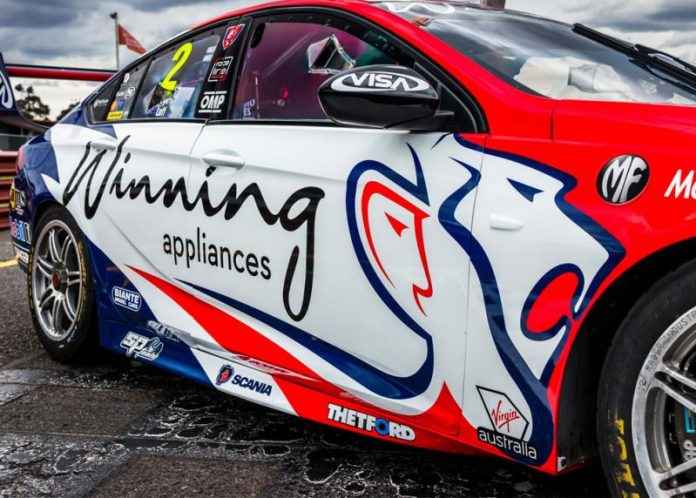 WALKINSHAW Andretti United has tapped into one of its most successful eras for its retro livery for this weekend's Sandown 500.

After harking back to 1994 in 2017 and 2008 last year, the cars of Scott Pye/Warren Luff and James Courtney/Jack Perkins will carry the Holden Racing Team livery from the 1999 season.

It was a season where the team was the benchmark of pit lane, Craig Lowndes and Mark Skaife winning 21 of 33 races between them, including a sweep of one-two finishes across all three races at the Sandown round.

The season also marked Lowndes' third championship victory despite missing a round after his terrifying rollover crash at Calder Park.

The retro livery will also feature the Holden Racing Team lion and helmet emblem – the first time it has been used since the 2016 season – while Mobil 1 branding will take its original place on the bonnet of both cars.

“The 1999 livery is iconic, it’s a big piece of our history, and it’s absolutely amazing to see it replicated on-track this weekend,” Ryan Walkinshaw, WAU director, said.

“I could talk for days about how good it looks, but I think the fan response to this is going to speak volumes. It’s not only our loyal fans, who have stood by us for years and years, that are going to love this, we think the entire Supercars fan base will.”

“The lion and helmet means so much to so many, including my family, and to have it back reminds people of who we are, and what we stand for.

“To have Mobil 1 in their true position on the bonnet speaks volumes about their support over the journey, and their commitment to our team, but it’s also fantastic to see new partners like Winning Appliances and Appliances Online on such an amazing livery, which they work so well with.

“1999 was an incredible year for the team, and a perfect weekend at Sandown, let’s hope we can replicate that this weekend.”