Home News WE WANT TO FIND THE FUTURE AND BATHURST TOURERS! 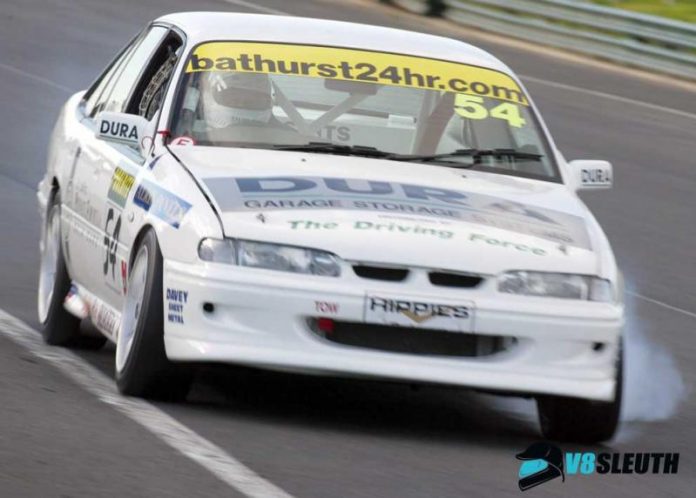 They started life as Bathurst Tourers and gave new life to some AUSCARs, but where are these cars?

LAST week our eagle-eyed team at V8 Sleuth HQ noticed a Future Tourer Commodore for sale on eBay and it instantly got us thinking – just what happened to all of those cars from short-lived category from the late 1990s/early 2000s?

The car we spotted is the one in the photo in this story, the #54 Commodore originally driven by Brett Youlden in Future Touring, a category that actually started its life in 1999 with the cars known as Junior Tourers.

That car that was listed was in fact not sold – if you own it or know who does, we’d love to hear from you via email here!

The cost-effective Holden v Ford category was the brainchild of long-time racer Bruce Williams and Peter Brock was also involved in the early stages of the project, culminating in the category’s debut at the rain-lashed 1999 Bob Jane T-Marts Bathurst event.

By that stage the category had become ‘Bathurst Tourers’ with James Brock claiming victory in the 300-kilometre race that featured a field of the new cars and AUSCARs.

The cars then became known as Future Tourers and they joined the Super Tourers in the 2000/01 BOC Gases Australian Super Touring Championship, the Commodores and Falcons joined by a V8-powered Mitsubishi Magna along the way too.

Then TOCA Australia pulled up stumps and the car owners were left to compete in some Power Tour events in 2001 and popped up on the PROCAR bill during 2002, including at Sandown (where the photo in this story was taken) where the competitors were forced to remove the wings from their cars.

From there a smattering of them found a home competed in the AMRS’ Touring Car Challenge and some have occasionally popped for up sale – but now we want to know where they all are!

Have you got one of these cars or know where one is?

We have a huge range of photos in our AN1 Images photo archive for car owners looking to piece together the histories of their individual car too!