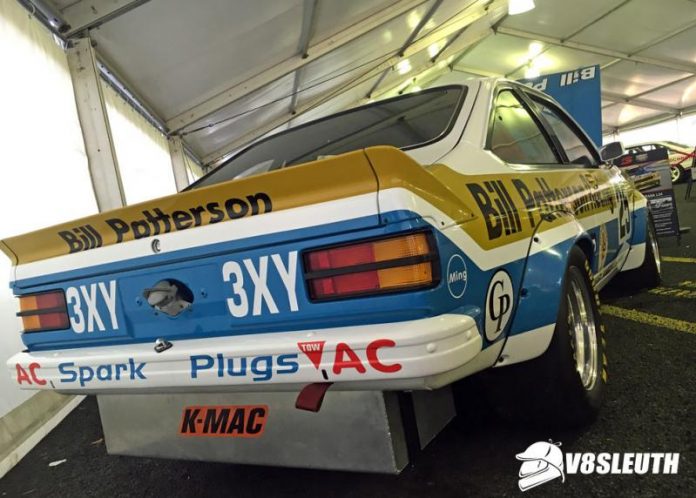 Celebrating the 40th anniversary of its debut win …

IN celebration of the 40th anniversary of the HoldenTorana A9X’s winning debut at the 1977 Hang Ten Sandown 400, the V8 Sleuth team is bringing Russell Stenhouse’s Bill Patterson Racing Brock A9X Hatchbackto the retro round at next month’s Sandown 500.

Peter Brock scored victory on the A9X model’sracing debut at Sandown in ’77and completed an A9X 1-2 with Allan Grice scoring a distant second that day.

Even more impressive was the fact that Brock completed the race on stock standard rear brakes after a supply issue left the Patterson team without the upgraded calipers, unlike their factory rivals.

In a year Holden fans would rather forget, the Bill Patterson Racing A9X also scored a blistering pole position at Bathurst in 1977, with a 2m24.1s in the hands of Brock, which was over a second ahead of factory Ford pilot Colin Bond.

Brock raced the car for the rest of 1977 before moving on to the Holden Dealer Team for ’78. The car was briefly steered by Phil Brock for the start of the ’78 season and then sold to privateer Joe Moore, who engaged Fred Gibson to prepare and occasionally drive it.

Moore and Gibson shared driving duties through 1978 and 1979 in the ATCC and AMSCAR Series, culminating in the car’s final Bathurst start in ’79, which unfortunately ended in an early DNF.

Holden fans were treated to the sight and sound of the Stenhouse/Patterson carat last year’s Supercheap Auto Bathurst 1000, where eventual race winner Will Davison took to the wheel during a special tribute parade of the nine-time race winner’s cars.

This particular A9X is also the subject of an upcoming feature produced by the V8 Sleuth team in the next issue of Australian Muscle Car Magazine available from mid-September.

Fans will be able to find the V8 Sleuth team and the Bill PattersonA9X in the Multi-Purpose Room, underneath the main grandstand during the Wilson Security Sandown 500 from September 15-17.

The V8 Sleuth team will have a full range of motorsport DVDs, books, posters and prints to purchase at Sandown, including the new recently-released HRT Cars History book.