Home News WHAT HAPPENED TO THIS GROUP A COMMODORE? 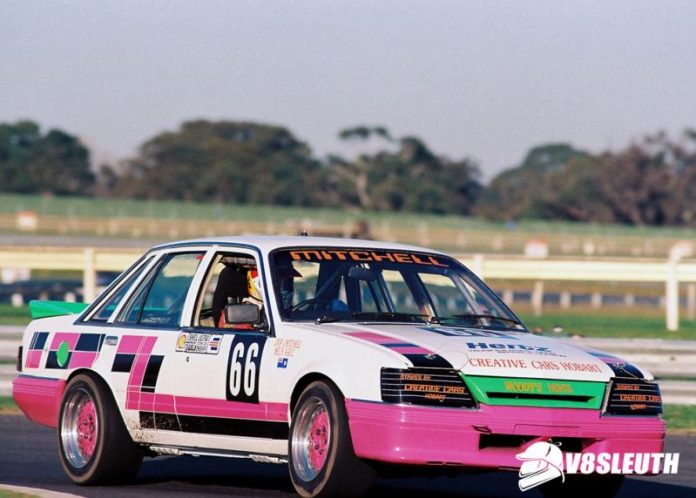 A car from the files of Australian touring car racing …

THE V8 Sleuth team has a huge photo library to draw upon when researching old cars, drivers and races and we’ve come across a photo of a car that really interests us.

It’s from the 1987 Shell Ultra Australian Touring Car Championship round at Sandown, which that year fell victim to industrial disputation and wasn’t able to be shown by Channel 7 – that’s a story for another time though!

The #66 Commodore VK was driven by John Mitchell entered by The Xerox Shop, finishing 22nd and five laps down on the winning Skyline of Glenn Seton.

Scotty Taylor and Kevin Kennedy had been regulars for many years running together and Taylor continued racing under The Xerox Shop banner at Bathurst into the 1990s, but we thought this photo from Sandown 1987 was something of a rarity and got us wondering about the car.

The team’s entry for the Commodore wasn’t accepted for the ’87 Bathurst race run under FISA World Touring Car Championship regulations and in 1988 they returned with a turbo Mitsubishi Starion that did not qualify.

They had converted their ‘veteran’ Group C Commodore into a Group A version to run in 1985 and 1986 and we presume that this photo is of the one and same car.

Given there’s been a Scotty Taylor Group C Commodore racing in Heritage Touring Cars in recent years, are we right in presuming it’s the car in this photo converted back to Group C spec or is it perhaps a new body shell – and if the latter, then what happened to the body in our archive photo?

We’d simply love to hear more about this story and this car, if you have any further information, drop us an email at V8 Sleuth HQ – info@v8sleuth.com.au