Home News WHAT TIME THE PERTH NIGHT RACES WILL START 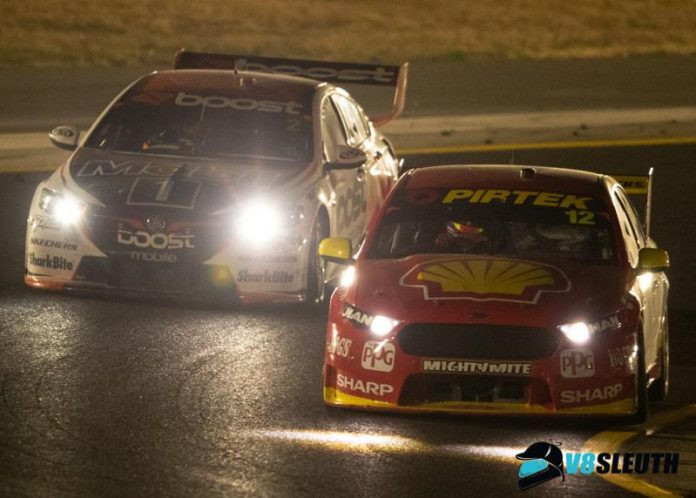 Later race starts and finishes than 2018 SuperNight scheduled for Perth…

THE main races at next month’s inaugural Pirtek Perth SuperNight will start at 8:45pm AEST for east coast Supercars fans watching on television.

Supercars released the event schedule on Tuesday to competitors, confirming that both races will start at 6:45pm local time in Western Australia, or 8:45pm in Queensland, New South Wales, Victoria and Tasmania.

In comparison, this year’s races will finish – at latest – one lap after 9:38pm AEST on Friday night, with Saturday’s longer race going time certain one lap after 10:13pm AEST.

The scheduled start time of the races also guarantees they will truly be night races, with sunset expected to occur just over an hour before the cars line up on the grid.

The meeting runs across Thursday, Friday and Saturday, with Supercars not hitting the track until the afternoon on each day.

Friday and Saturday each feature a practice session to determine the seeding for qualifying, with the three-part elimination format in use on both days.