Home News WHATEVER HAPPENED TO THE V8 MAGNA? 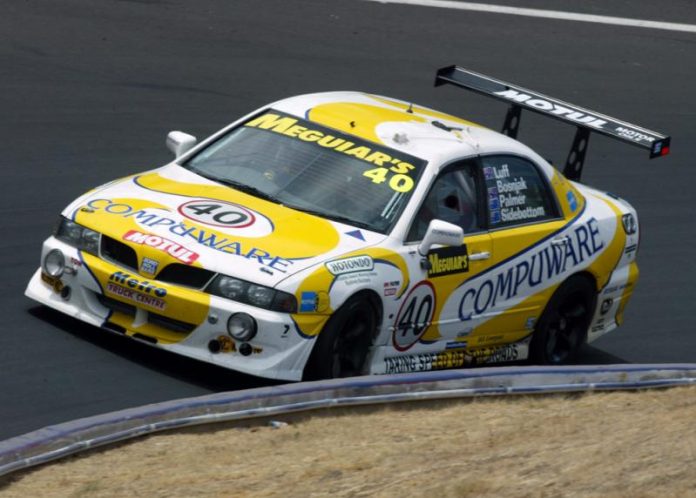 A very interesting car has us pondering in Sleuth HQ …

FOLLOWING a fantastic response to our story on the GTP Bud Mustang last month we have dived into the memory bank to look back at a one-off special built nearly two decades ago – the Mitsubishi Magna Future Tourer.

This fascinating Mitsubishi was first seen during the 2000/2001 Australian Super Touring Championship at the final round of the series at Oran Park in February ’01 entered in the Future Tourer class.

The car was converted from front-wheel drive for the build and fitted with a five-litre Holden V8 engine as per Future Tourer rules at the time.

We’d love to hear from anyone involved in this car’s early life with insights from its racing history. Contact us here or via our Facebook page.

The Magna competed briefly in Future Tourers after the end of the TOCA Australia-run series and many may have forgotten it actually competed at the 2002 Bathurst 24 Hour in a striking yellow and white livery driven by Warren Luff, Ray Sidebottom, Terry Bosnjak and Ian Palmer.

The quartet were competitive during the weekend and qualified the Magna inside the top 10, however bad luck struck during the race and they finished 22nd overall – 112 laps behind the race-winning Garry Rogers Motorsport Holden Monaro.

Click here to read about the Bud Mustangs that are currently up for sale in our V8 Sleuth classifieds.

Following spasmodic outings we understand the Magna ended up finding its way to Queensland where its been active in state-based racing – but who has it, what’s happening with it and what’s planned for it?