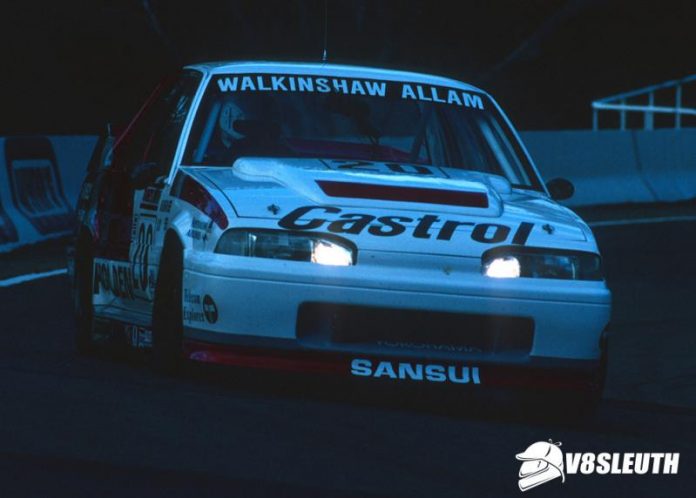 AS we gear up for this weekend’s Liqui-Moly Bathurst 12 Hour, we couldn’t help but think back to when Mount Panorama was poised to host its first 24 hour race.

In early 1985, the Australian Racing Drivers’ Club – then organisers of the iconic Mount Panorama enduro – announced plans to expand the traditional 1000 kilometre race into a 24 hour race.

It wasn’t meant to be a permanent switch, rather a special one-off.

With Australia’s bicentenary approaching in 1988, the ARDC decided to extend the country’s crown jewel domestic motor race as a way of joining in the celebrations.

The jump to a 24-hour duration put it on a par with the world’s other iconic touring car enduro, the Spa 24 Hours, but the increased distance was expected to place a substantial strain on competitors.

Even then, the 1000 usually took between six and seven hours for the winner to complete, meaning the cars of both the pro teams and the once-a-year privateers would need to withstand Mount Panorama’s punishment for close to four times that distance – and that’s not taking into account the demands on the driving crews and mechanics.

However, it was the logistics and increased cost of staging a 24 hour race that scuppered the plan.

ARDC general manager Ivan Stibbard announced in April 1986 that the 24-hour race would not go ahead, the 1988 event instead rescheduled for the traditional 1000km distance.

“The updated costs for this one event and in particular the night racing component were seen to question the economic viability of this event,” Auto Action reported at the time.

Perhaps its fortunate the 1988 race, dominated by Ford’s fast but fragile Sierra RS500, remained at 1000 kilometres. That year’s race was a case of last car standing, with all of the leading contenders nobbled or delayed by mechanical failures.

Eventual winners Tony Longhurst and Tomas Mezera lost a lap in the pits early in the race with a failed throttle return spring, while the second-placed car of Dick Johnson, John Bowe and John Smith lost six minutes in the pits with a starter motor problem – and it was the only one of Johnson’s three entries to make it to the finish!