Home News WHERE SHOULD THE 500 GO? 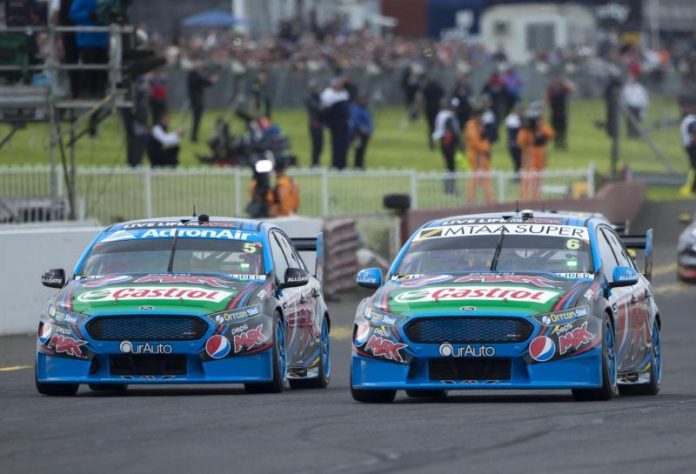 It seems sadly inevitable that motorsport will one daylose Sandown. So where should the annual pre-Bathurst 500-kilometre race go? V8 Sleuth’s Aaron Noonan has an idea …

THE countdown as to when, not if, Sandown Motor Raceway is closed and no longer a prime location for Australian motorsport.

The V8 Sleuth desperately hopes the venue has a much longer life than we’re all expecting – especially given it was 30 years ago this year that he was taken along to his first motor racing event there.

If you’re wondering, it was the 1986 Castrol 500 where the Peter Jackson Nissan team ran 1-2 with a very young Glenn Seton teaming with George Fury to win the race.

A very, very young V8 Sleuth got his first autograph too – from none other than then-Mustang driver Dick Johnson, on the official event program no less!

But should the gates close in the next few years at Sandown, apart from being a total disaster for motorsport and the automotive industry in this country to lose a significant and special venue that has played host to so many big names and events, it also raises a question.

We’ve stared at the wall and pondered the question and come up with an answer that many may disagree with.

Think about it – at the moment the recent Supercars events at SMP haven’t attracted big crowds.

They’ve suffered bad weather, close proximity to the Muscle Car Masters and no real event identity apart from being a SuperSprint in recent years. SuperSprints are all well and good – but a figurehead endurance race is far better.

Giving this venue the ‘500 would really elevate the status of the SMP round. The circuit is well suited to hosting such an event; the facilities are totally fine for endurance racing too, something other venues can’t match.

And rewind back to 1990 – the very first touring car race held there was a 500-kilometre race, the Nissan 500 won by Larry Perkins and Tomas Mezera. So there’s history here of this sort of thing.

The crowds just didn’t warm to this event between 2008 and 2011 – a few times the weather smashed down and made things tricky and the actual racing quality there wasn’t terribly good.

It shows up a massive gap between a well-setup car and a not-so well setup car, which isn’t good for racing.

We desperately want Sandown to continue as a racing venue and host of the historic 500-kilometre race, but should the chapter end, where would you like to see the ‘500 go?