Home News WHINCUP GETS A NEW CAR FOR SANDOWN 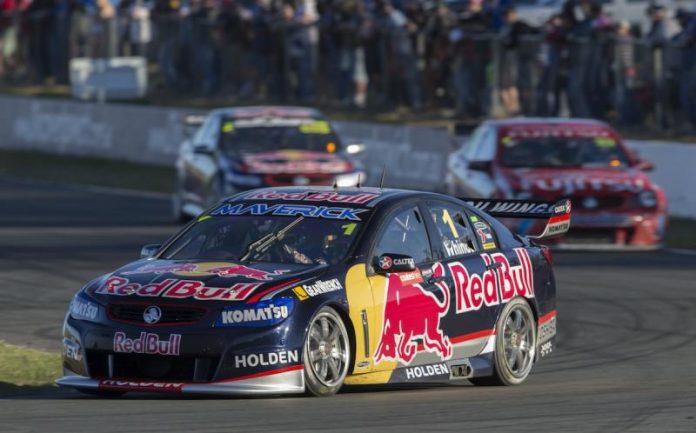 While most in the V8 Supercar world are busy debating the recent announcement of a ‘four minimum’ pit stop race in Melbourne this weekend, the V8 Sleuth can confirm that Red Bull Racing Australia will become the first team to debut an additional ‘Car of the Future’ spec machine.

The 28 cars that debuted at the Clipsal 500 have been the same 28 cars raced all season, with Triple Eight – on the weekend of its 10th anniversary in the championship – to debut a 29th chassis.

The car – 888A-037 – is the eighth ‘New Generation’ car built by Triple Eight and will become the seventh raced given their original COTF-spec chassis – 888A-030 – has acted as a test and ride car so far this year.

It will be used by internationals Andy Priaulx and Mattias Ekstrom at the Supercheap Auto Bathurst 1000 as the wildcard #10 Xbox entry recently announced.

Whincup will be joined by Paul Dumbrell at Sandown this weekend – the duo finished third in the race last year and won at Bathurst.