Home News WHO’S DOING WHAT ON TV FOR SUPERCARS IN 2019? 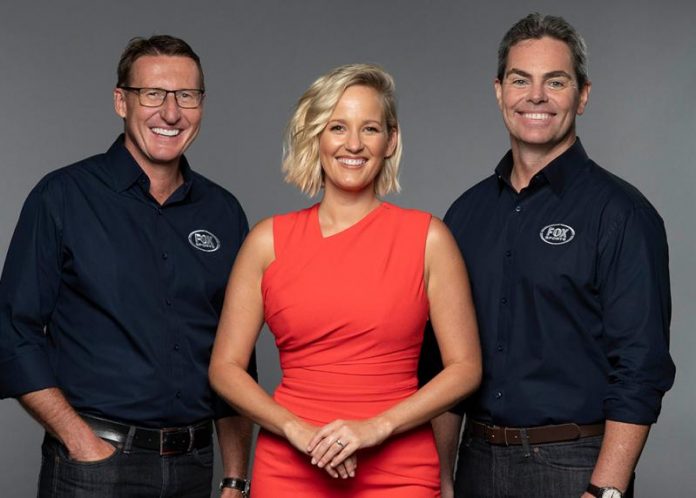 THE television coverage of Supercars racing is one of the topics we get the most amount of email and social media messages relating to here at V8 Sleuth.

So, in order to simplify things and answer a lot of those questions, here’s the snapshot of who is doing what, where and for whom in 2019.

The most high-profile change comes at FOX SPORTS with seven-time Bathurst 1000 winner Craig Lowndes joining the host desk alongside Jessica Yates and Mark Skaife, the popular veteran set to dovetail TV duties with his Enduro Cup responsibilities at Triple Eight.

The 667-race veteran’s arrival sees the departure of Russell Ingall from the broadcasts, the 2005 Supercars Champion having been part of the FOX hosting team since the start of the current broadcast rights deal in 2015.

Channel 10 has recruited former full-time Supercars racers Garth Tander and Michael Caruso for 2019, the two Enduro Cup co-drivers making their debut in their new TV roles on RPM last weekend. The program will continue throughout 2019, hosted by Matthew White.

The Free To Air broadcaster will also show the Supercars Championship event at Albert Park as part of its Formula 1 Australian Grand Prix coverage, meaning it will show seven of the 15 championship events with live races with the other eight shown in delayed highlights form across channels 10 and 10 BOLD.

Supercars Trackside continues into a second season on FOX, bookending race weekends with one-hour preview and review shows at every round with the hosting team joined by Chris Stubbs.

Supercars Media continues to provide the on-air talent line-up covering the practice, qualifying and race sessions this year on both FOX SPORTS and Channel 10.

Neil Crompton and Skaife will continue to commentate with Greg Murphy and Mark Larkham in pit lane.

Chad Neylon will once again call the Dunlop Super2 Series alongside Murphy, with commentators Matt Naulty and Richard Craill, and pit reporters Riana Crehan and Andrew Jones providing coverage of support categories that will air on FOX SPORTS and selected races from various categories on the Channel 10 coverage.