Home News WHY LOWNDES SHOULD LIGHT UP IN THE WEST 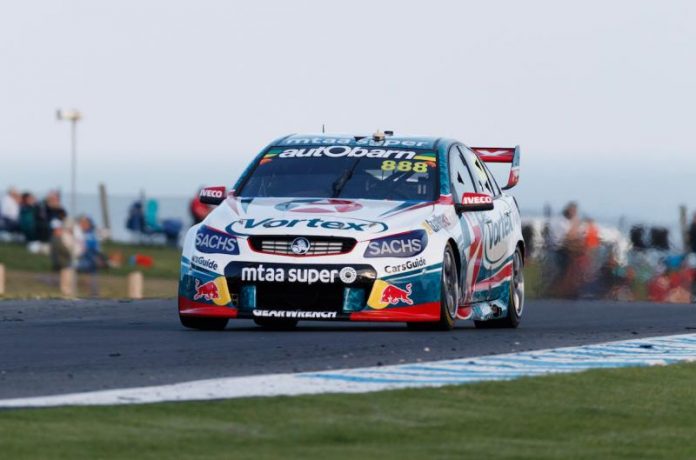 THERE’S no doubt that Craig Lowndes is closer to the end of his Supercars career than to the start, but this weekend at Barbagallo Raceway in Perth we’ll get a real gauge of where he’s really at.

The Western Australian venue has been a happy hunting ground for Lowndes over the years and you’ll read in a lot of places this week about his record 16 race wins at Barbagallo.

Even if he’s struggled a little more at other tracks in recent years and not won as many races in each year’s championship as previous years, his form line in the West has continued to sparkle.

Recent years show that Lowndes’ best tracks are Barbagallo, Queensland Raceway and Bathurst. They are the places where he year-in, year-out, generates top results. If he struggles at these places, alarm bells maybegin to ring for some.

Fronting up every weekend and being on the podium every weekend on a range of difference tracks after 20 years of championship racing is tough, even when you’re a star like Lowndes. The pack is younger and often can be hungrier – that’s just the nature of sport and life. You can’t stay at the top forever.

Lowndes has an active streak of 26 top eight race finishes in Perth dating back to 2006 (nuts huh!) and seven podiums from the last nine races there.

Qualifying has been an area of struggle for him in recent times, with a pole position drought dating back to Queensland Raceway 2015.

But he can still nail a good lap in Perth – he’s qualified in the top three for eight of the last 10 races there, a record he has struggled to muster at other venues.

Given these numbers, Lowndes should shine again in Perth this weekend. The track suits his style, the grip level one he understands well.

He’s in an interesting position too, out of contract at the end of the year with Triple Eight Race Engineering and, regardless of his championship position, by far still the biggest name and most recognisable figure in the sport today.

He’s an intriguing focus for the V8 Sleuth as the Supercars return to the track this weekend – we’ll find out if he can keep his great record in Perth alive.