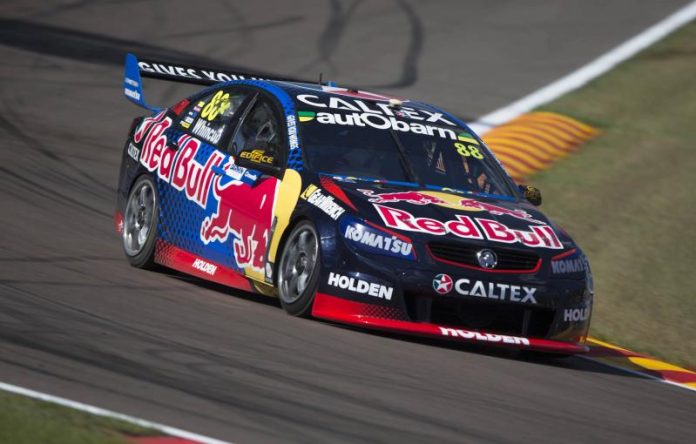 JAMIE Whincup is a six-time Supercars Champion and he currently leads the 2016 championship chase – but even he admits he doesn’t deserve be out front.

Whincup holds a 30 point margin over teammate Craig Lowndes heading into next weekend’s Castrol EDGE Townsville 400 and, with just one race win so far from 13 races, it’s easy to see why he said this week that he doesn’t deserve to lead the championship.

It’s not just because he’s won onlyone race – many other drivers are in that boat too this year but are points contenders.

If you delve closer into the numbers, you’d normally see Whincup at the head of the queue for ‘most laps led’ during a season.

But take out the Clipsal 500 in Adelaide – where Whincup won Race 1 of the season and led 38 of the 39 laps – and you’ll see exactly why Whincup feels he’s lucky to be at the top of the points.

Look through the list of lap leaders since Clipsal and you have to go a long way down the list to find Whincup.

It’s an unbelievable situation and just goes to show he’s consistency over the season is keeping him up front, rather than blinding speed and piles of race wins that has normally put him to the fore of the pointscore at this point of the season in his previous successful championship-winning years.

On the other side, his Red Bull teammate Shane van Gisbergen has led more laps than anyone since Clipsal – 198 in total – followed by Tim Slade (78, largely due to his strong Winton run), Scott McLaughlin (Phillip Island form) and Mark Winterbottom on 58.

But the difference is errors – van Gisbergen’s Tassie oil slip up and restart mistake in Darwin have cost him bulk points.

That’s why there are still creases to iron out of the Kiwi’s game – and why V8 Sleuthtipped Whincup to win the crown at the start of the year.

But Whincup leading the championship having led just 45 laps all season to this point?

We wouldn’t have quite picked that …