Home News WILL SANDOWN BE A RETRO ROUND? 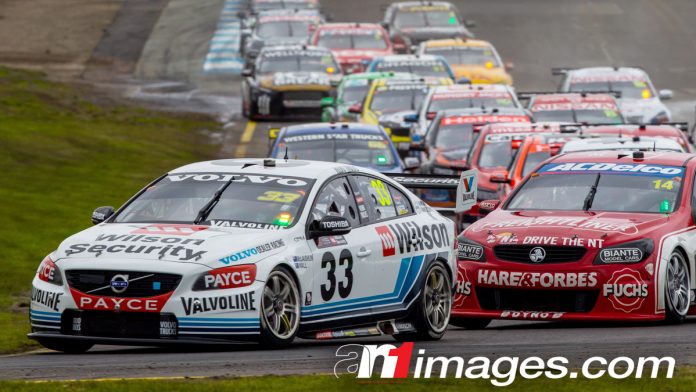 SANDOWN’S round of the Repco Supercars Championship in March will not have an official ‘retro round’ theme.

The event, which will replace the original Australian Grand Prix date on the calendar and form round two of the 2021 championship, is set for March 20-21, while the Albert Park event will now move to a November 19-21 slot.

Whether Supercars adds a 13th round to its calendar and runs at the Grand Prix remains to be seen, Supercars CEO Sean Seamer telling its official website that the opportunity to race there will be assessed closer to the time.

However, what is confirmed is that the ‘retro round’ concept, introduced for the Sandown 500 in 2016 and used through to 2019, won’t be back in March.

V8 Sleuth sources have suggest that Supercars is still endeavouring to have a historical flavour at the Sandown event in March via the support categories.

Supercars teams have regularly got into the spirit in recent years for the retro round, using modified liveries and various promotional elements to pay tribute to the cars, drivers and teams of the past.

However, the short notice of the Sandown round coming onto the calendar, the sheer expense of re-liverying cars and crews, the inability to establish unique one-off merchandise ranges in such a short space of time (and thus drive something of a return on the investment to apply new liveries for one weekend) and other associated elements of the concept, particularly in current ‘COVID times’, means it simply isn’t viable at the moment.

Sandown has hosted more rounds of the ATCC/Repco Supercars Championship than any other circuit.

It missed out on hosting a round in 2020 due to COVID-19-related calendar changes, the first time since 1993 it had not hosted a championship round.