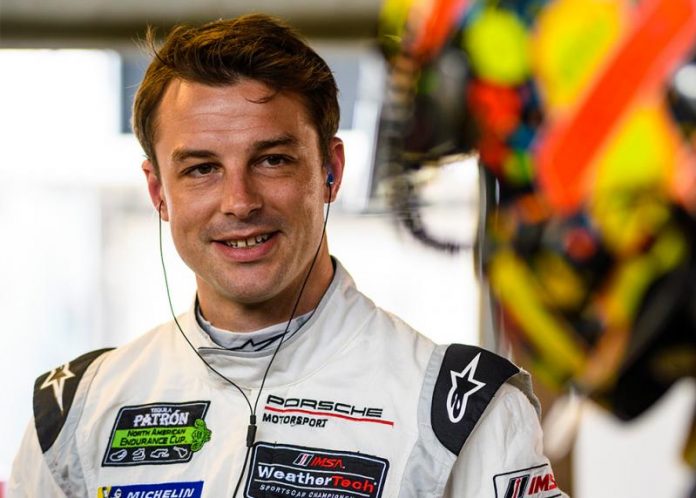 The Super2 start is a chance for the factory Porsche driver to gain further experience behind the wheel of a Supercar at Mount Panorama before jumping aboard the #97 Red Bull Holden Racing Team Commodore for The Great Race.

Bamber sampled the van Gisbergen car in the additional driver practice session at the recent Winton round of the Virgin Australia Supercars Championship and he’s also no stranger to the Grove Commodore, having driven it during pre-season testing at Winton earlier this year.

“I’m really looking forward to pairing with Brenton at the Bathurst 1000 this year in Super2,” says Bamber.

“It’s going to be a mega challenge for both of us, the first time going to the Mountain in a Supercar for both Brenton and I so that will be awesome.”

Grove is also looking forward to working with the Le Mans champion while trying to build experience in Supercars.

The 21-year-old has a best Super2 result of 16thin the final race at Tasmania’s Symmons Plains and is hoping that working with Bamber can help accelerate his learning.

“It will be cool to share the car with Earl for the weekend, he will have a busy weekend so I will still do most of the driving but his help behind the scenes and on the little things like pit stops will be invaluable,” Grove says.

“We have worked together before and we are always chatting about racing so it will be a lot easier having him in the same country and in the same car on the same weekend to help my learning curve.”

Bamber will make his Supercars race debut at the Sandown 500 in September ahead of his double duty weekend at Bathurst and the Gold Coast 600 in October.

The Supercheap Auto Bathurst 1000 takes place from October 4-7 with the 250km Super2 race on Saturday afternoon.