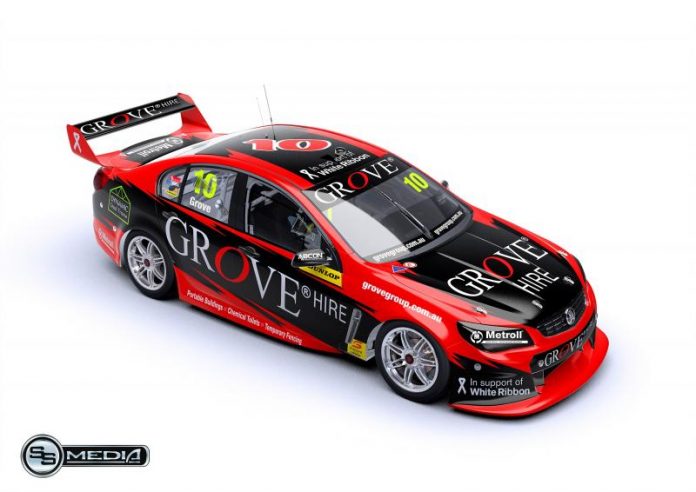 VICTORIAN young gun Brenton Grove will make the step into the Dunlop Super2 Series this year after cutting his teeth in a range of junior categories.

The 20-year-old will mount up for the series with family team Grove Motorsport, which has acquired from Triple Eight Race Engineering the VF Commodore campaigned by Craig Lowndes for TeamVortex in last year’s Virgin Australia Supercars Championship.

Grove Motorsport has also struck a deal to receive technical support from leading Super2 Series outfit Eggleston Motorsport ahead of their first season in Supercars competition.

Grove competed in the 2016 CAMS Jayco Australian Formula 4 Championship with Team BRM and finished ninth in the pointscore, which included a win on debut at the opening round of the Championship.

He competed full-time in the Porsche GT3 Cup Challenge last year and finished runner-up to Jordan Love in the series with three race wins and 15 top-three results from the 18 races held in the season. Impressively, Grove finished on the podium in all six rounds.

Grove also made his Carrera Cup debut last year at the Sandown round of the series before also competing in the series finale on the Gold Coast.

Originally the youngster had plans to compete in the all-Porsche category this year, before a deal was struck to run in Super 2 and says the opportunity is the perfect career move.

“It’s such an amazing opportunity that I have for 2018. Originally, the plan was to do Carrera Cup however late last year we looked at Super2 and realised it was the smarter thing to do in the hope of forging a career in Supercars.”

“I knew straight away that if there was an opportunity to do Super2 it was only going to have been with Grove Motorsport in an ex-Triple Eight Commodore.”

“Triple Eight have shown their credentials over the last 10 years, so to be able to race in Craig’s car from last year is something I couldn’t pass up.”

The move into the Dunlop Super2 Series comes off the back of a successful Bathurst 12 Hour campaign for both Grove and his family team, which claimed Class B honours in a Porsche GT3 Cup Car with father Steven, Daniel Gaunt and Ben Barker joining the second-generation driver on the podium.

Grove Motorsport unveiled the design of the VF Commodore today that will carry the White Ribbon logo to raise awareness for their campaign to eradicate domestic violence within Australia.

The Dunlop Super2 Series will spring into action for the first of seven rounds at the Adelaide 500 from March 1-4.