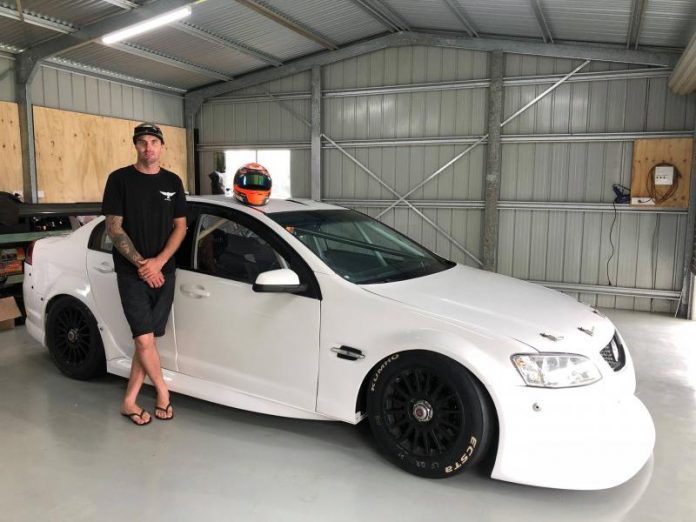 LAST year’s Aussie Racing Cars Rookie of the Year is making the step up to the Kumho Super3 Series.

Kyle Ensbey, who finished runner-up in the series to Joel Heinrich and won the Winton round, has acquired an ex-Paul Morris Commodore VE and is working on getting a program together for this season.

The Queensland excavator operator has bought the ‘Kulwicki’ chassis from Nandi Kiss, who has raced the car in the Kumho Series for the last few seasons prior to advertising it via V8 Sleuth’s Online Showroom recently.

“We’ll see what we can do and try and find a bit of a budget to get out there and run as often as possible,” Ensbey told V8 Sleuth this week.

“We’re talking to a few people and hoping to sort something out and see how we go.

“We will run the car ourselves. Mick Caruso (Michael’s father) is going to mechanic on it as well and my mechanic Darren King has been with me for a long time and done a bit of V8 work in Super2 with Brett Hobson.”

Ensbey’s new car was built by PMM in 2009 and raced by Russell Ingall in Supercheap Auto colours in that season.

It was named by PMM in honour of 1992 NASCAR Winston Cup Champion, the late Alan Kulwicki.

The opening round of the Kumho Super3 Series will be at Phillip Island in April.