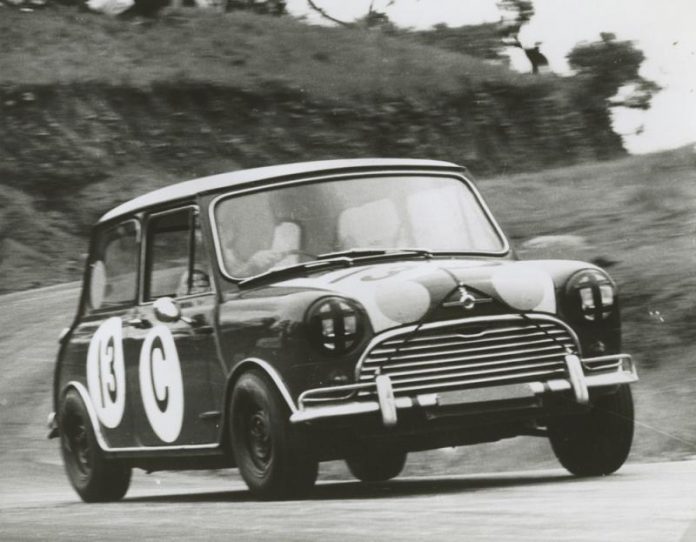 MINI fans from all over Australia will descend upon Sydney Motorsport Park this weekend at the 12th annual Muscle Car Masters to celebrate the 50th anniversary of the pocket rocket’s domination of the 1966 Bathurst 500.

The celebrations form part of the annual event that features both on and off track action for fans of Aussie motorsport history and heritage.

The pair shared the #13 works BMC Mini Cooper S to victory in the 1966 Gallaher 500 at Mount Panorama 50 years ago, leading home a horde of Minis that filled the first nine finishing places.

Fifty years on from his famous victory, evergreen 83-year-old Holden still competes in local Heritage Touring Car racing and will also race his Group A Toyota Corolla this weekend as part of a 40-plus field of Group A and C Historic touring cars.

Other festivities will include an all-Mini race on Sunday as well as a large display of road and race Minis that will take part in a lunchtime parade lap of the circuit on Sunday.