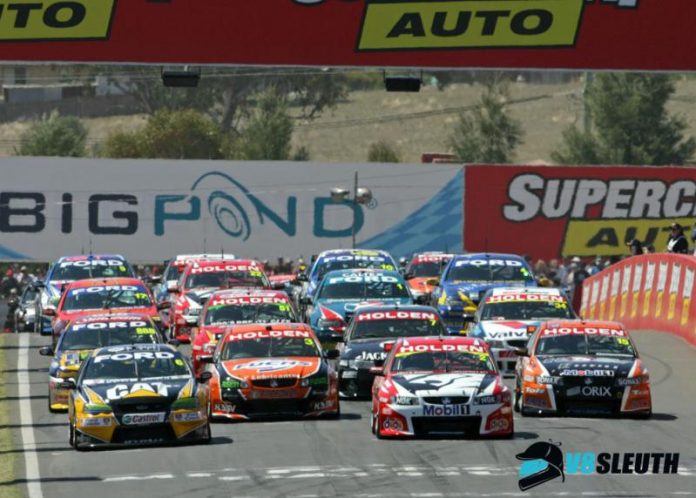 THIS year’s Supercheap Auto Bathurst 1000 start time has been pushed even closer to midday and will be the latest in the race’s long and storied history.

After moving to 11.00am local time last year, this year’s endurance classic won’t get underway until 11.15am on October 9 to allow extra time for pre-race commemorations of Peter Brock, who passed away 10 years ago this Thursday (September 8).

A special ‘King of the Mountain’ parade of Brock cars will roll onto Mount Panorama with Peter Brock Trophy winners behind the wheel at 10.05am.

This year’s Supercheap Auto Bathurst 1000 Sunday schedule will see the Toyota 86 Racing Series, Touring Car Masters and Porsche Carrera Cup all compete prior to the headline race of the Virgin Australia Supercars Championship.