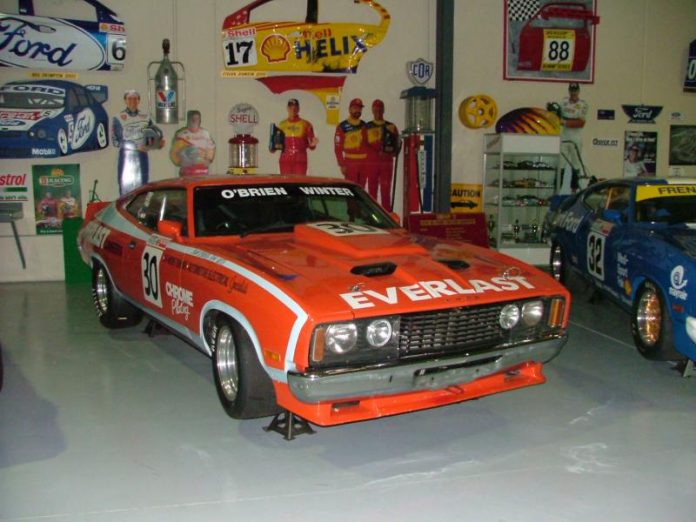 A RANGE of Group C Ford Falcon race cars went under the hammer last weekend in Queensland with former V8 privateer driver Neil Schembri emerging as the winning bidder of two cars as the former collection of cars of John and Craig Harris found new homes.

Schembri, the head of Bettergrow, who competed in a range of Commodores and an ex-DJR Falcon between 1993 and 2000, was the winning bidder of the ex-Bill O’Brien Everlast Falcon XC Coupe that sold for $400,000.

He also purchased a Bryan Byrt Falcon XC Hardtop at $430,000, making for a big afternoon of sales at the auction.

One notable piece of memorabilia up for grabs was the driver’s door of the famous #17 Greens-Tuf Falcon XE that Dick Johnson crashed into the trees during the Hardies Heroes Top 10 Shootout at Bathurst in 1983.