Home News CAN YOU HELP US FIND THIS CAR? 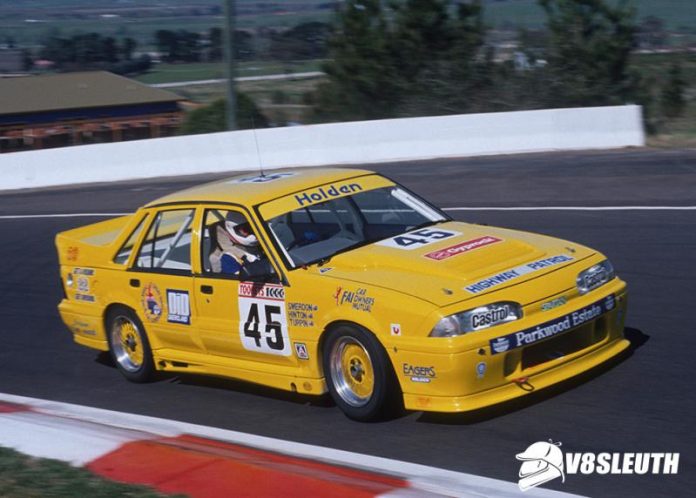 V8 SLEUTH is working on an upcoming story detailing the histories of some of the Walkinshaw Group A fuel-injected VL Commodores and we have noticed that one in particular has fallen through the cracks that we haven’t seen for a while!

The car in question is the bright yellow Lester Smerdon VL that raced as number 45 at Bathurst in 1989 and 1990.

The car competed at Bathurst in hands of Smerdon and co-drivers Gary Hinton and Marty Turpin in ’89 and unfortunately failed to finish having completed only 112 laps of the October classic.

In 1990 Smerdon returned with the car and was joined by Warren Jonsson, which resulted in another DNF after only 83 laps.

The car was also campaigned by Jonsson in selected rounds of the 1990 Australian Touring Car Championship and ran in Historic Touring Car Group A racing over five years ago with Adrian Allisey at the helm – who now races an ex-Garry Willmington VL in Historic Group A.

This video shows the car in action at the 2011 Muscle Car Masters:

Since then the car has all but disappeared and we’d love to know where it is! We’ve heard it may be in a private collection, can anyone confirm this?

If you have any information or leads to help fill-in the history of this colourful Commodore, we would love to hear from you.