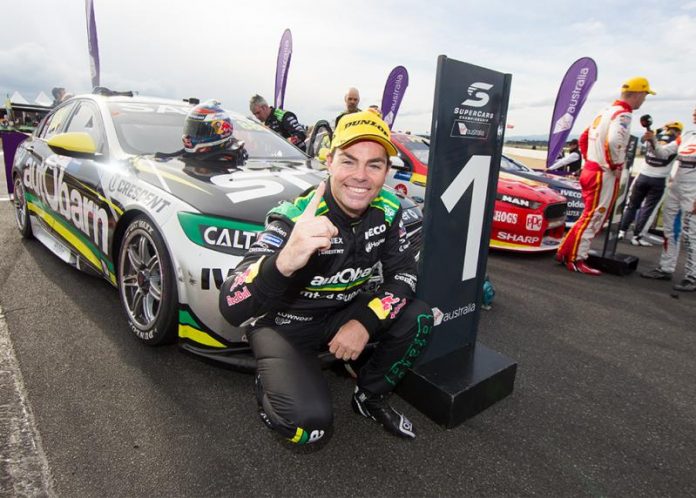 IN a shock announcement this morning Craig Lowndes has declared his retirement from full-time driving in the Virgin Australia Supercars Championship at the end of the current season.

The six-time Bathurst winner took to a press conference at the Townsville 400, along with Triple Eight Race Engineering team manager Roland Dane and Supercars CEO Sean Seamer, to make the announcement.

Lowndes took the opportunity to confirm that he will stay on as a team ambassador for Triple Eight and will continue to drive for the team as a co-driver next season.

The 44-year-old added to the announcement by confirming he will be joining the Supercars broadcast team.

The three-time series champion admitted it was the hardest decision he has ever had to make in his career that has spanned 24 years in Australian touring cars.

An emotional Lowndes concluded his opening statement by declaring, “this won’t be the last time you see this smiling face in pit lane.”

The announcement brings to a close one of the most successful careers in Australian Motorsport that his seen Lowndes take 106 wins, three championship victories and six Bathurst 1000 victories (of which five were won with Triple Eight).

Roland Dane thanked Lowndes for his commitment to Triple Eight that has seen the pair in a 14-year relationship.

“He took a gamble on an unproven team and for that alone I’m extremely grateful, I believe we’ve done each other proud,” Dane announced at the conference.

“My only wish is we’d been able to give him his fourth championship crown that he so greatly deserved, and we will be keeping the pedal down to achieve that this year.”

Lowndes will have his last full-time race at the season ending Newcastle 500 on Sunday November 25.