Home News END OF AN ERA: RICHARDS RETIRES FROM SUPERCARS 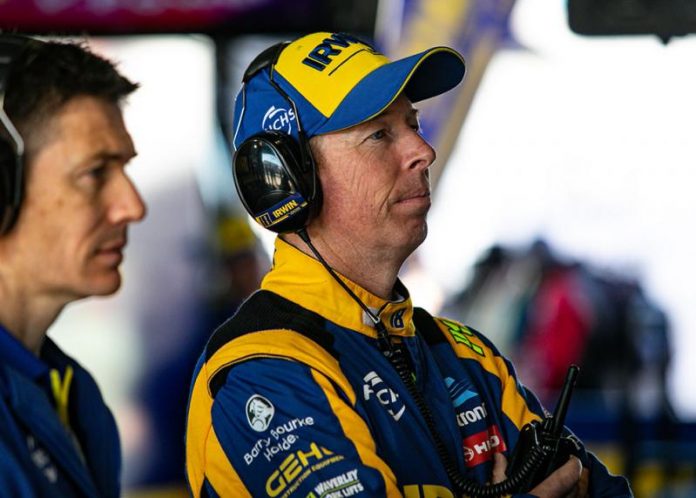 STEVEN Richards has called time on his Supercars Championship career.

A five-time Bathurst 1000 winner, Richards made his race debut in a touring car at the 1995 Bathurst 1000, ahead of his championship debut the following year with Garry Rogers Motorsport.

Richards moved to fifth on the list for Bathurst 1000 starts in 2019 with his 27th consecutive appearance at the 'Great Race', while three of his five Mount Panorama triumphs came across the last seven years.

“I’ve had a fantastic career in Supercars, winning races, competing for championships, and driving with the best teams and drivers in the most competitive touring car championship in the world,” Richards said.

“While I close the door on Supercars I’ll still have some flexibility to continue driving in other categories.”

This year saw him reunited with his 2013 Bathurst-winning partner Mark Winterbottom at Team 18, the pair's best finish across the Enduro Cup coming at Mount Panorama with a sixth placing.

Although he won't be in the cockpit of the Team18 car, Richards will remain with the team as its relationships manager amid its expansion to two cars in 2020 for Winterbottom and Scott Pye.

“His move into the management and commercial side of Team 18 will be great future proofing for the team,” Schwerkolt said.

“We have been chatting about this for a while when Richo first joined the team at the start of the year, but now with the expansion to a two-car operation, the role has really progressed into a full time role.

“Richo has extensive motorsport knowledge and is a massive get for our team to have someone of his calibre that can guide and assist all Team 18 properties. Really, really proud to have him on board!”

Richards added: “I’ll be able to utilize my experience to assist Charlie and the team drive success both on and off the track and work closely with the incredible team partnerships that have been established.”

Richards' retirement marks the end of an era at the Bathurst 1000 with Steven and father Jim synonymous success on the Mountain.

Between them, father and son Richards won the 'Great Race' 12 times – a figure unlikely to be surpassed any time soon.

Their best finish together at Bathurst was a second place in the 1997 Primus 1000 Classic, while the following year they finished first and second in the 1998 AMP 1000, Jim and Rickard Rydell's Volvo narrowly beating Steven and Matt Neal's Nissan in a race-long duel.

Next year's Bathurst 1000 will be the first since 1973 to run without a member of the Richards family on the starting grid.