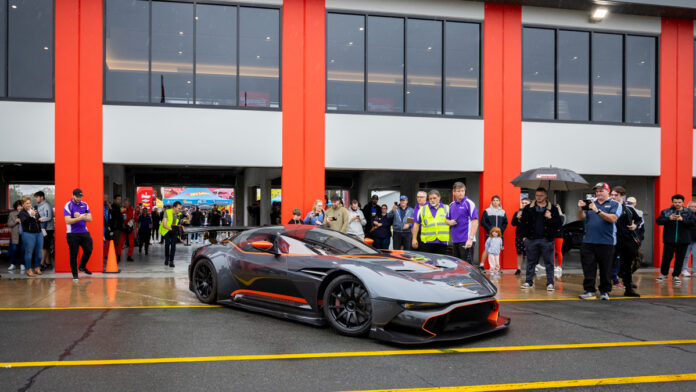 QUEENSLAND Raceway’s new era under the ownership of Tony Quinn was celebrated on Saturday with an Open Day at the Ipswich venue.

Take a look behind the scenes at the Queensland Raceway Open Day with this gallery courtesy of Matthew Paul Photography.

Quinn and the Queensland Raceway team welcomed spectators to the new-look venue.

A host of Quinn’s toys took to the track despite wet conditions.

Feeney tells father and son duo Craig and Grant Denyer about his laps on the sodden circuit.

There was plenty to see behind the pits too with a Show and Shine.

Quinn’s $4million Aston Martin Vulcan hypercar was the star of the show.

Craig Lowndes took passengers for hot laps aboard the Vulcan.

Fortunately there was no damage done to the ultra-rare machine.

The laps were auctioned off with proceeds going to Ronald McDonald House.

Check out a brief highlights video of the day’s action from Queensland Raceway.