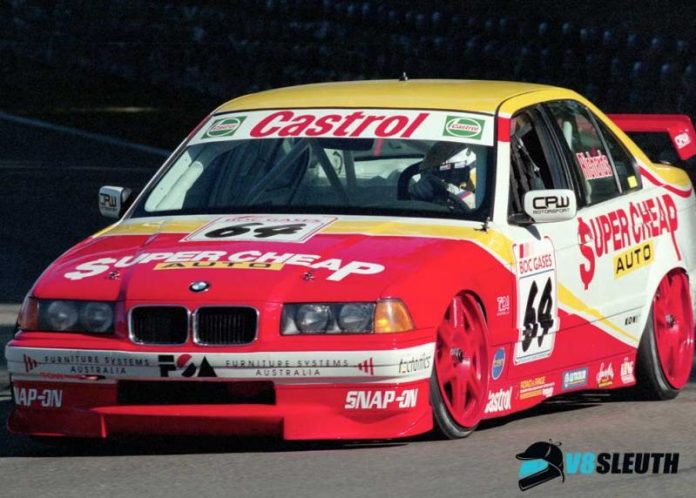 THE very first car raced on Australian soil by the late, great Jason Richards is the latest car added into the V8 Sleuth’s ever-expanding car history database for subscribers.

Following on from the recent news announced last week of V8 Sleuth’s partnership with leading British website Super Touring Register, the V8 Sleuth team has been working to add a range of interesting two-litre cars to its website.

The BMW in question was raced by Richards at Amaroo Park in Sydney 20 years ago in 1997 when he appeared in the Australian Super Touring Championship.

It also formed the basis of his first Bathurst race car given he drove the car later that October in the AMP Bathurst 1000 alongside Kiwi veteran Brett Riley.

This car has a common thread too in sadly-missed Kiwi drivers given it was raced by the late Mark Porter at Bathurst in the 500-kilometre Super Touring enduro in 1999 (pictured).

The car started its life as Geoff Brabham’s 1995 Diet-Coke BMW entry in which he finished runner-up in the Australian Super Touring Championship that year.

It now lives in the hands of an American-based collector and its full history can be viewed here by V8 Sleuth subscribers.