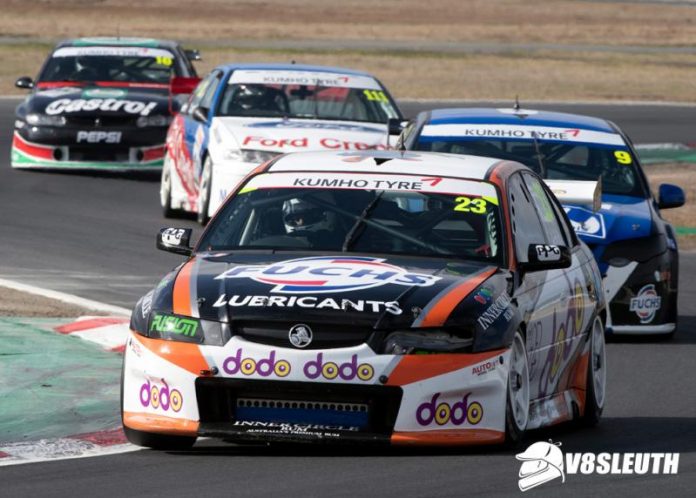 KUMHO Tyre Australia has been confirmed as major sponsor of the inaugural V8 Sleuth Touring Car Classic to be held at Winton Motor Raceway as part of the CAMS Shannons Nationals round on Father’s Day weekend (August 31/September 1).

The tyre provider and naming rights sponsor of the Kumho Tyre Super3 Series has added the Classic to its portfolio of Australian motorsport partnerships.

It will be the Control Tyre Supplier and Event Sponsor for the V8 Sleuth Touring Car Classic with all V8 Touring Cars/Five-Litre cars to run on the same 17-inch Kumho tyres that are used in the Super3 Series.

ELIGIBILE CARS: What you can run in the V8 Sleuth Touring Car Classic

“This year we celebrate our 12th season involved in what is now known as the Super3 Series and the V8 Sleuth Touring Car Classic is a further extension of that involvement,” says David Basha, Kumho Tyre Australia Sales and Marketing Director.

“When the Super3 Series started as V8 Touring Cars in 2008 it was a place where the older ex-V8 Supercars could continue to race. Now it’s become the official third tier packed with young drivers wanting to make a name for themselves.

“So it’s logical that the older cars now have a separate platform upon which the history of the sport can be showcased. Fans will really enjoy seeing some very memorable cars return to the track.

“Kumho Tyre Australia is really thrilled to be involved with the Classic at the Winton Shannons Nationals round, it’s an exciting concept.”

Two-litre Super Tourers that competed in Australia and/or overseas and V8 Future Tourers will also have their own classes in the Classic.