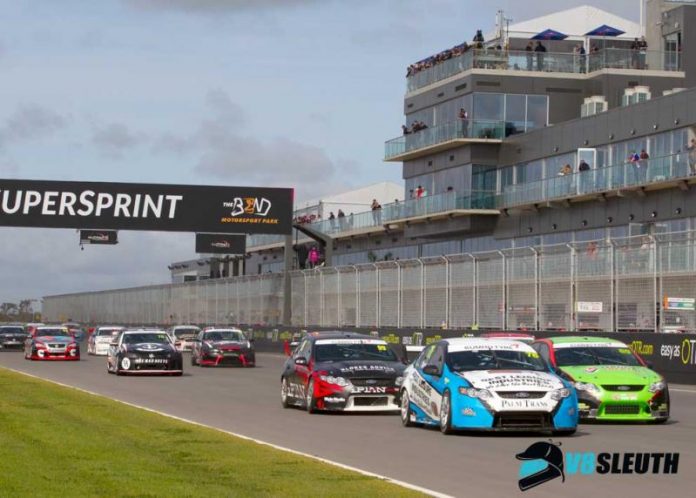 THE Kumho V8 Touring Car Series is a late addition to the support bill for next month’s Vodafone Gold Coast 600 in Queensland.

The series for ex-V8 Supercars replaces Stadium Super Trucks on the Gold Coast bill after the popular category was suspended from racing by CAMS on safety grounds.

The V8 Touring Cars will compete in a non-championship event with no points on the line.

It’s the first time the category has appeared at the Gold Coast event.

The five-round Kumho Series was decided at The Bend Motorsport Park in August with MW Motorsport driver Tyler Everingham crowned champion after a season-long fight with teammate Zak Best.

The Gold Coast event, though not for points, will follow an identical structure to regular Kumho Series rounds.

Three races will be contested with points accumulated across the three determining the overall winner in both outright, Heritage and Kumho Cup classes.

The category will unveil an entry list prior to the event, however expects interest to be strong.

It’s not the first time a non-series, post-season V8 Touring Car event has been held; in 2014 the category was a late addition to the Sydney 500 at Sydney Olympic Park.