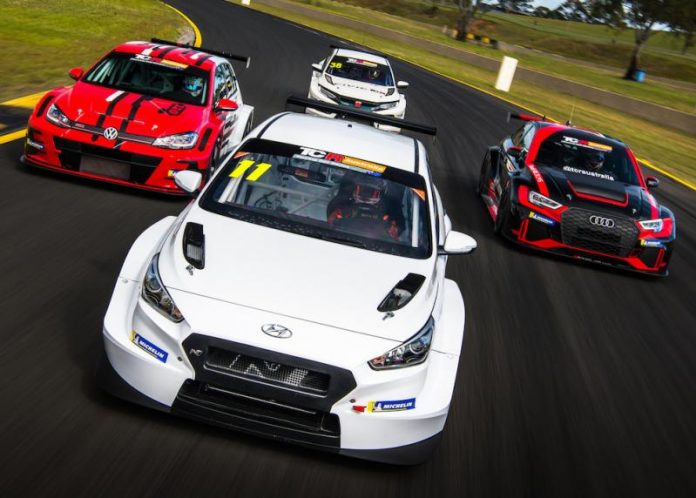 EVERY race of TCR Australia’s inaugural season will be shown live on free to air television.

Series organisers the Australian Racing Group and CAMS have secured a deal with SBS for coverage in high definition on its main channel for its races on the Saturday and Sunday of every Shannons Nationals round in 2019.

“The TCR Australia Touring Car Series has a substantial and passionate following in Australia. It’s great news that live motorsport is returning to our screens at SBS,” Ken Shipp, head of sport for SBS, said.

CALENDAR: When and where TCR Australia is racing in 2019

“I have no doubt the upcoming season will bring with it some exciting wheel-to-wheel moments and superb on-track entertainment which will be available free-to-air to all Australians.”

While the details of the broadcast details, format, and identities of hosts and commentators have yet to be revealed, it is understood that other categories on the Shannons Nationals bill may feature in the coverage.

“Together with ARG, we are delighted to be able to confirm live, free-to-air coverage for TCR Australia on SBS to complement our existing live stream as part of this year’s Shannons Nationals,” Michael Smith, Shannons Nationals director, said.

“There is already so much anticipation for the launch of TCR Australia and we are thrilled to be able to extend the live coverage to free-to-air with a broadcast partner already well acquainted with the Shannons Nationals in SBS.

“This free, HD coverage of TCR will certainly be one motor sport fans across Australia will be tuning in to.”

The inaugural season of TCR Australia gets underway in May at the opening round of the Shannons Nationals at Sydney Motorsport Park on May 17-19.