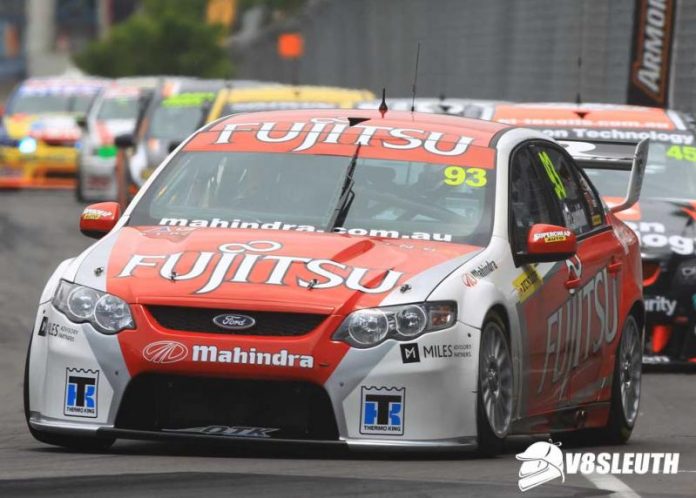 THE car that Scott McLaughlin piloted to the 2012 Dunlop Super2 Series title is set to return to the racetrack in next year’s Kumho Tyre V8 Touring Car Series.

A Pro-Am title winner in TCM, Gomersall will continue to race his Holden Torana A9X, but is excited to make the step into a Supercar.

“I love my MSR prepared TCM Torana and will continue to do limited TCM rounds in it, but I’m really looking forward to the challenge of mastering a Supercar after turning some laps in the team’s Super2 car at a recent Queensland Raceway test day,” Gomersall said.

“I know it’s going to have a fresh SBR engine, which is exciting … I’m yet to decide if we run a legacy livery like the other two cars.

“Our main aim is to turn out a well-prepared race car, which I know will be the case under Matt’s stewardship of the project.”

One of the car’s creators and Supercars Hall of Fame inductee Jimmy Stone will also be on hand to help the team prepare the Falcon for the 2019 season.

His Super2 title-winner will be joined in next year’s V8 Touring Car Series by the car in which he made his main game debut at the 2012 Sandown 500, click here for the full story.

McLaughlin’s first Supercars race-winning chassis has also been put on the market. Further details on the sale of the ex-Garry Rogers Motorsport VF Commodore, including the asking price, are listed here in the V8 Sleuth Showroom powered by Authentic Collectables.