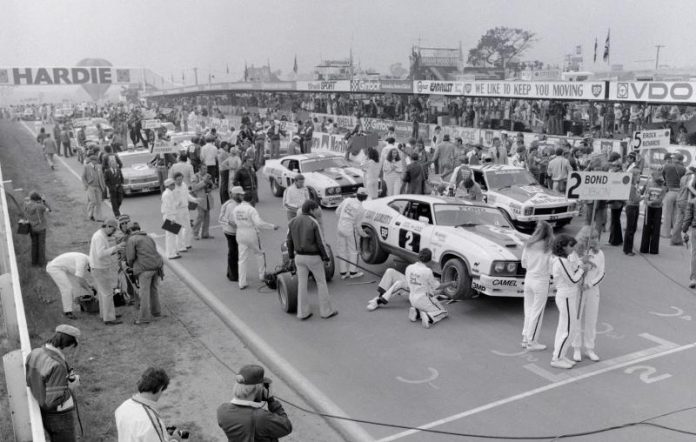 THE V8 Sleuth website is about to grow even bigger with the addition of historic car history content relating to a range of other touring cars that will compliment the 400-plus Supercars currently stored within the website.

Originally created to house the industry-leading chassis database information relating to V8 Supercars that have raced over the course of the last 20-plus years, the V8 Sleuth website’s database will now embrace a range of other ‘tin top’ race cars.

Group A touring cars, local Group C touring cars and even two-litre Super Tourers will be added to the site over the upcoming months, turning the V8 Sleuth website into an even bigger, more informative resource for the Australian motorsport industry – and a must-subscribe for any racing car collector or prospective buyer.

While there will still be many V8-powered race cars that are included in this new wave of machines – including Group A Commodores, Mustangs and Group C Commodores, Toranas, Monaros and Falcons – there will be a diverse range of cars that include turbo Sierras and Nissans, Group A and C BMW race cars and a host of two-litre Super Tourers that have a connection to Australian racing.

V8 Sleuth founder and MD Aaron Noonan says the decision has been made to cater for a wider audience and, while not all of the new cars in the site will be V8s and follow the V8 Sleuth brand per se, it makes logical sense to put them all under the one umbrella.

“The success of V8 Sleuth, its content and becoming the holder of a lot of Australian motorsport history has made it very successful over the last few years since its launch,” says Noonan.

“We regularly provide material to a range of motorsport media outlets and have a range of high profile car collector clients and prospective buyers and there’s no doubt there’s plenty of interest and hunger for touring cars of all types.

“Our photo files are unbelievably well stocked and ready to be included and our information banks on a range of old cars are just crying out to be put into the website.

“There’s no doubt this will attract a range of new site visitors and open up the scope to new subscribers, not just in Australia but also in New Zealand and around the world.

“While there was a consideration to establish these Group A, Group C and Super Tourers under another banner, we felt it best to continue and put it all under the known V8 Sleuth brand, even if some of the cars are not powered by V8 engines.

“Consider this evolution rather than revolution. But as long as the majority of cars in the website are V8s, we’ll stick with the V8 Sleuth brand!”

V8 Sleuth also provides the popular ‘Saturday Sleuthing’ series of stories to the Virgin Australia Supercars Championship official website in addition to historic racing content to Australian Muscle Car Magazine amid a range of other clients.