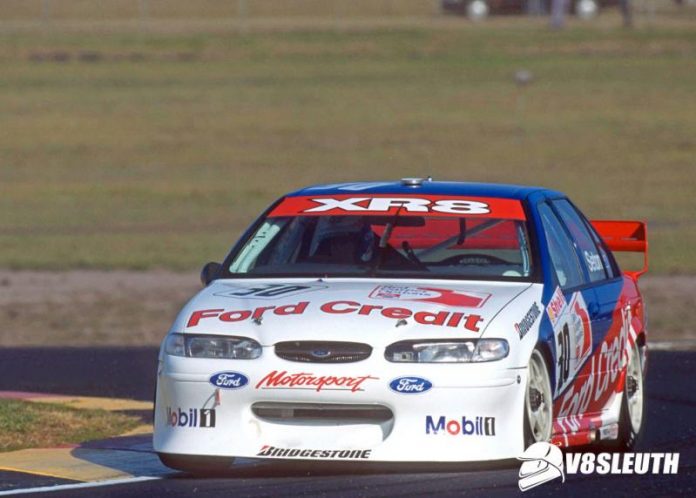 FORD Falcon and Holden Commodore V8s from the early era of 1990s five-litre touring car and V8 Supercar competition will make their debut at this October’s Muscle Car Masters at Sydney Motorsport Park.

The Australian 5-Litre Touring Car Association, catering for owner/drivers of cars from the 1993-2002 period of V8 Supercar/five-litre touring car racing, will bring a wide range of former Bathurst cars to this year’s event on October 29-30.

A range of important and interesting cars from the era will take to the circuit in a range of spirited demonstrations including the 1993 Mobil 1 Racing Commodore VP formerly driven by Peter Brock.

A range of cars built and raced by teams including Perkins Engineering, Glenn Seton Racing, Tony Longhurst Racing and John Faulkner Racing will wind the clock back with around 20 cars expected to join in the action.

“We started the Association a few years ago and heading to Muscle Car Masters has been on our radar for a while now,” says Australian 5-Litre Touring Car Association President Troy Kelly.

“The following we’ve attracted via social media and online in the last few years has been great; there’s plenty of interest in these cars and the era in which they raced.

“Sometimes you forget that it’s over 20 years since some of these cars competed at the top level of touring car racing – we have a range of cars in correct liveries that will take people down memory lane in Sydney at the end of October.”

Further cars competing in the Australian 5-Litre Touring Car Association sessions will be revealed closer to the event date, including a few recently restored machines that have not been seen publically for some years.