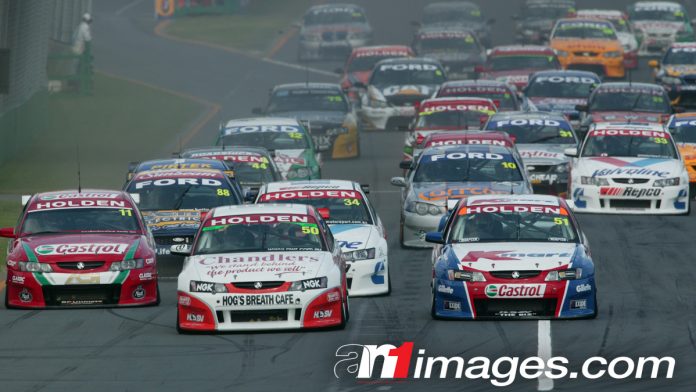 A NEW book chronicling the history of the Supercars Championship since the introduction of the five-litre V8 rulebook is being released later this year and is available to pre-order here now via the V8 Sleuth Online Bookshop.

Published by Rockpool Publishing and edited by former Australian Muscle Car Magazine Editor Luke West, ‘Supercars: The Holden vs Ford Era’ is a 330-plus page hardback book that documents the championship’s evolution since the introduction of five-litre V8 rules in 1993 through to 2020.

This book gives detailed insight into how each and every championship was won, tracking the development of the Supercars class between 1993 and 2020.

‘Supercars’ relives all the drama of each year’s Bathurst race, includes 12 fascinating profiles of star drivers that have shaped the sport and outlines the twists and turns of each championship season and the major off-track developments.

With over 150 full colour photographs it’s the perfect Father’s Day gift for any diehard race fan.