Home News Opinion OPINION: IS HRT BACK IN TOWN? 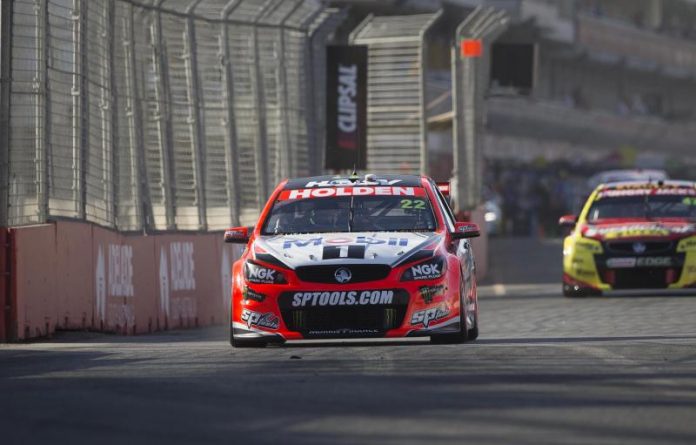 The red team did a brilliant job in Adelaide and leads the V8 Supercars Championship heading into this weekend. But what is the V8 Sleuth waiting to see before declaring they’re back?

AS V8 Supercar racing prepares to race again for points in Tasmania this weekend, perhaps the most common question I’ve been asked since Adelaide is – are HRT really back in town?

It would be easy to suggest that is the case after the strong performance of both James Courtney and Garth Tander on the Sunday of the Clipsal 500.

Courtney claimed pole, a win and led lots of laps and Tander was solid all day to finish third.

But one day of sun does not make a summer – but it does point to the future being bright.

Basing the ‘back in town’ theory on their performance in Adelaide is indeed not wise either – a trap many rookie scribes have fallen into.

The team has been able to crank out solid Clipsal results – even wins – when the team has generally been on a downer in general terms over the course of that season.

Garth Tander’s Adelaide wins went against the grain of the team’s overall standing and lack of success in 2010 and he was third overall in Adelaide in 2012 – a season that counts as one of his most barren overall in his time with Walkinshaw Racing/HRT.

It’s three rounds too early to suggest that HRT are ‘back’.

My feeling is we need to see the next three rounds – Symmons Plains, Barbagallo and Winton – before we can make a real judgment as to whether HRT is really a championship-contending player in 2015.

After all, HRT has won just one race in Tasmania since we started going back there in 2004, is winless in Perth in the last 20 races there since 2006 and has claimed just two race wins at Winton since 2003.

If the team is able to perform strongly at these venues along the lines – or similar – to their 2015 Adelaide results and turn the tide of recent tough runs at these three circuits, then – and only then – will the V8 Sleuth declare that HRT is ‘back in town’ and contending for the crown.