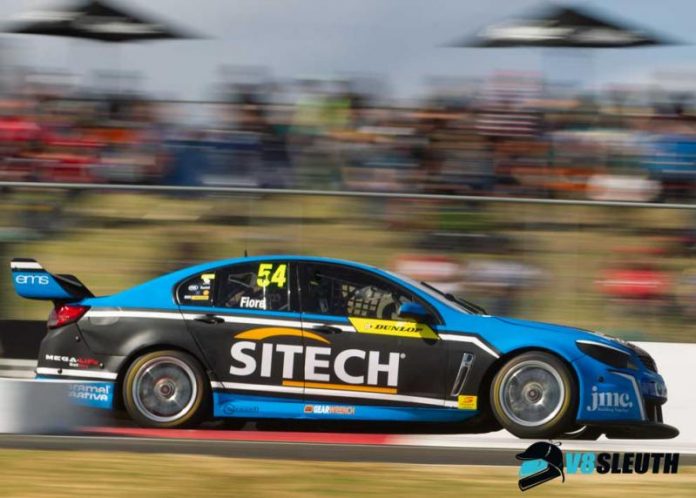 MOBIL 1 MEGA Racing endurance driver Jack Perkins will step into the Dunlop Super2 Series for the next round in Townsville in early July.

Perkins, who will once more drive with James Courtney in the Pirtek Enduro Cup at Bathurst, the Gold Coast and Sandown, will re-join Eggleston Motor Sport aboard the team’s #54 Commodore driven in the first two rounds by Dean Fiore.

Perkins is testing with the team today at Winton and is hopeful to also run with EMS in the Queensland Raceway Super2 round if he can arrange enough backing.

It’s a return of sorts for the 2015 Gold Coast 600 winnerto both a series and team that he’s very familiar with.

The third-generation racer drove for EMS in the Super2 Series in 2013, winning the Queensland Raceway round and finishing on the podium at Winton, Bathurst and Sydney Olympic Park.

He last drove for the team in the Kumho V8 Touring Car Series in 2015, sweeping the opening round of that year’s series at Sandown in a one-off start in an EMS VZ Commodores.

He made his Super2 debut at Adelaide in 2006 driving a Perkins Motorsport Commodore and returned to compete in the category in a Mack Trucks-backed car two years later.

He started a handful of rounds in 2010 in a Paul Morris Motorsports-built Commodore before driving a Sonic Falcon BF in the full 2011 series in which he finished runner-up.

Perkins is not the only addition to the Perth Super2 field given the recent news confirmed yesterday that Tim Blanchard will drive a Petronas-backed, Brad Jones Racing-run VF Commodore in the round.