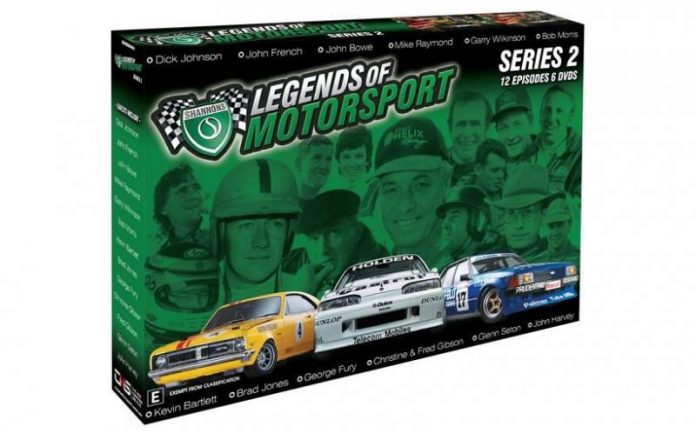 Popular 12-part television series now yours to own …

THE runaway success Shannons Legends of Motorsport Series 2 is now available to purchase as a DVD boxed set here.

The series, which aired on 7mate during 2015, was co-hosted by Bill Woods and the V8 Sleuth himself Aaron Noonan, created under the hand of Executive Producer Neil Crompton and Director Nathan Prendergast.

The 12 part series featured programs focusing on some of the stars of Australian motorsport, their stories painted by the golden archive vision from the Seven Sport library.

It also included documentaries focused on the Bathurst endurance races of 1972, 1973 and 1990.