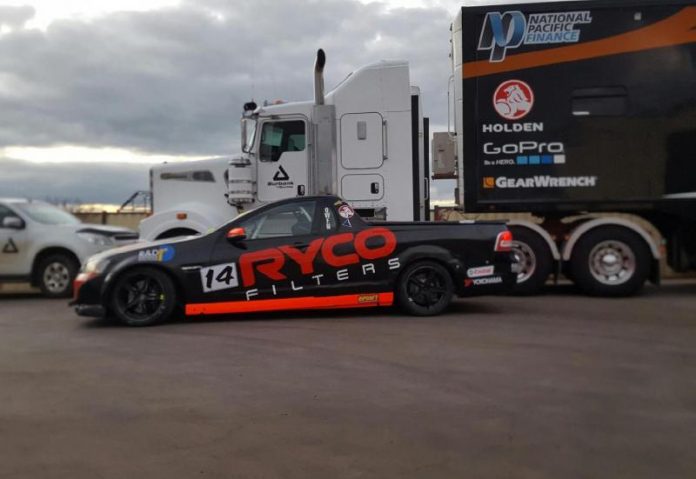 SUPERCARS race winner Steve Owen will join Murphy Motorsport for this weekend’s fifth round of the Australian V8 Ute Racing Series in Townsville.

The Victorian-based team will run Owen in its #14 Commodore alongside its existing entries of Nathan Pretty and Kim Jane.

Ryco Filters, leading manufacturers of automotive oil, air and fuel filtration products, will be the naming rights backer of Owen’s Commodore this weekend.

He drove in the category’s 10th Anniversary celebration round in Adelaide in 2010, sharing a Commodore with his now-teammate-for-Townsville, Kim Jane.

There is also the potential that the two-time Dunlop Series champion could join Murphy Motorsport for the final two rounds of the V8 Ute Series at Bathurst and the Gold Coast.

“We’re thrilled to have Steve and Ryco come on board for this weekend,” said Murphy Motorsport Team Principal David Murphy.

“Hopefully it’s the start of bigger things to come. We’re keen for this relationship to go beyond Townsville and possibly grow into something bigger down the track.

“Steve is one of the better drivers out there that is not full-time in Supercars. He has the runs on the board in a wide variety of cars and that’s exactly why we’ve grabbed him to drive the Ryco Filters car.

“He’s got so much experience and has been successful in Townsville before; I can’t really think of a better guy to join us for this weekend.”

Owen is a two-time Dunlop Supercars Series champion with 94 round and 179 race starts to his credit in the Virgin Australia Supercars Championship across full-time and endurance-only drives.

He will compete in this year’s Enduro Cup alongside Chaz Mostert in the Prodrive-run #55 Supercheap Auto Racing Falcon FG X.

Owen has two VASC race wins to his name – he won last year’s Sandown 500 co-driving with Mark Winterbottom and also claimed victory on the Gold Coast alongside Jamie Whincup in 2010.