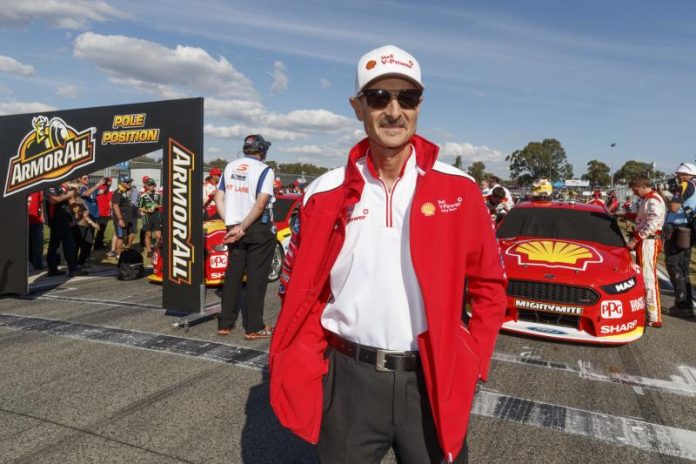 V8 SLEUTH is saddened to hear of the passing of a personal friend and long-time motorsport supporter Steve Brabeck overnight.

The DJR Team Penske shareholder passed away peacefully in a Gold Coast hospital surrounded by friends and family after a 24-year battle with cancer.

Brabeck was instrumental in keeping Dick Johnson Racing alive during its difficult times through his Crimsafe security screen company and became involved with the team in 2009.

Amongst the chaos of DJR’s dramatic championship victory at Homebush in 2010, it was actually Brabeck who got the team to the event by paying for travel and logistics in the lead up to the pivotal event.

He then went on to become a co-owner of the team during its transition into DJR Team Penske in 2015 and attended many race meetings with the famous squad.

“Jill (Johnson) and I have known Steve for many years, and he became much more than a business partner, he became a true friend,” said Dick Johnson.

Brabeck leaves behind two sons, Mathew and Benjamin, and is remembered as one of the sport’s ‘nice guys.’

“Personally and professionally I’ve had a long association and connection with DJR and now DJRTP and Steve has been a regular part of that relationship,” says V8 Sleuth’s Aaron Noonan.

“We had plenty of fantastic discussions at race tracks around the country about so many things. He has a special place in the history of DJR and will be remembered for a very, very long time.”