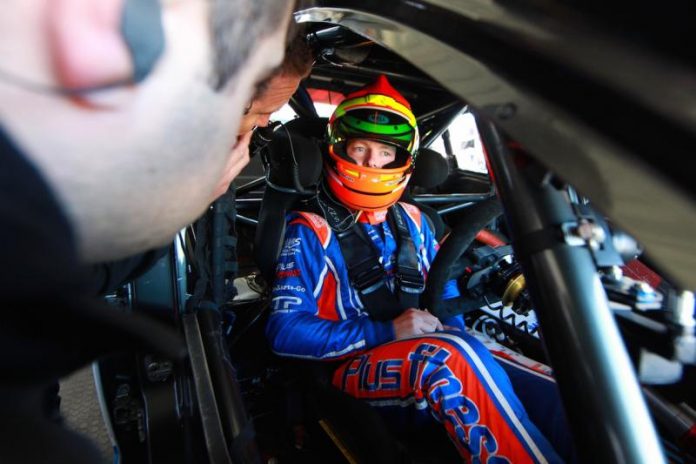 NEWCASTLE-based brothers Aaren and Drew Russell will achieve a life-long dream this year of racing in the most famous race in Australia – the Supercheap Auto Bathurst 1000 at Mount Panorama.

Regulars in the V8 Supercars Dunlop Series over the past decade, the Novocastrian duo has been granted a wildcard entry by V8 Supercars to compete in the most famous race in Australia.

Motorsport media in recent days have reported that an all-female wildcard entry for Bathurst will also be confirmed soon.

The official Supercheap Auto Bathurst 1000 launch will be held tomorrow in Sydney where a ‘major announcement’ about this year’s race will be made.

The Russell brothers join Nissan’s Kelly brothers, Rick and Todd, and the Erebus team’s Davison brothers, Will and Alex, on the grid this October.

Back then Graham and John Lusty, Greville and Lyndon Arnel and Graham and Ian Stones all competedin what was the last Bathurst of the Group C era.

The Russells will also become second-generation Bathurst 1000 drivers given their father Wayne, who acts as team manager, made four starts in the race between 1994 and 1997.

The brothers intend to carry #62 as their racing number at Bathurst, the same number their father used in his appearances in the Mount Panorama classic.

Aaren Russell, 23, has impressed in recent times in the Dunlop Series with podium finishes last year at Queensland Raceway and Sydney Olympic Park and again this year at the Clipsal 500 in Adelaide.

His talents and efforts were recently recognised by V8 Supercars Championship team Lucas Dumbrell Motorsport, which gave him his first taste of a current-generation V8 Supercar at the recent Queensland Raceway event during the additional driver practice session.

“This is the sort of thing I’ve been working to achieve for many years and to do with it with my family and our own team makes it even more special.

“Motorsport is our passion, it’s something we go ‘all in’ on and the sacrifices we’ve all made show just how committed we are to it.

“To be heading to Bathurst to compete in the most famous race in Australian sport is very special and not something I am taking lightly.

“We have huge respect for all of the V8 Supercars Championship teams competing at Bathurst. We’d like to simply stay out of trouble, fly the flag, complete the race and be happy with our day’s work.”

Brother Drew Russell, 27, is the fourth-most experienced driver in the history of the Dunlop Series since making his debut in 2007.

While he may be making his Supercheap Auto Bathurst 1000 debut, he has plenty of Bathurst experience with seven Dunlop Series round starts at the famous circuit between 2007 and 2013.

He also paired with Steven Johnson and Kiwi Jonny Reid to win Class B and finish ninth overall in the 2013 Bathurst 12 Hour in a Porsche GT3 Cup Car.

Australian-owned gym franchise chain Plus Fitness will sponsor the team’s entry into the ‘Great Race’, a continuation of their association with the Novocastrian Motorsport team.

The team has sourced a Holden Commodore VF originally built by Garry Rogers Motorsport that raced at Bathurst in 2013.

GRM will prepare the car prior to the family-operated Russell team running it at the circuit on Bathurst race weekend.

The Russell brothers will also be on ‘double duty’ at Bathurst with Aaren’s existing Plus Fitness Falcon Dunlop Series car entered for the weekend’s round of the development series.

The brothers will share this car in the 250-kilometre mini-enduro on the Saturday afternoon in the curtain raiser in a bid to give each of them as many laps as possible prior to the big 1000-kilometre race on Sunday October 11.