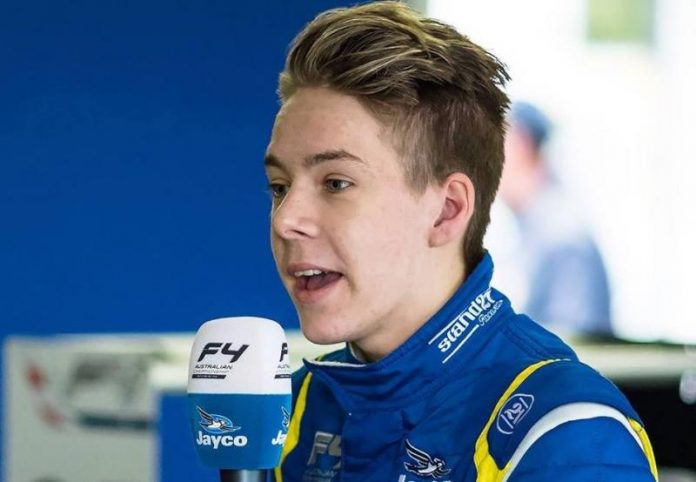 YOUNG racer Harley Haber will get his first taste of a V8 Supercar when the Kumho Tyre V8 Touring Car Series continues at Queensland Raceway later this month.

The 19-year-old will step into the V8 category with Terry Wyhoon’s Image Racing squad, which currently run cars in both the Super2 and Kumho Series.

Haber comes into the series following stints in Aussie Racing Cars and the Australian Formula 4 Championship, claiming a podium result in the former during the 2016 season.

The deal comes only weeks after Haber competed at the Sydney round of the Aussie Driver Search competition with the aim to secure a future drive in V8 competition.

“I cannot thank all of the wonderful and amazing people enough that have got me to where I am today,” Haber posted on his Facebook page.

“I’m looking forward to achieving a life-long goal of driving a V8 Supercar.”

The youngster will steer an ex-Stone Brothers Racing FG Falcon that was campaigned by Mathew Radisich at Phillip Island’s Kumho round earlier this year for Image Racing and by Jordan Boys at Winton.

Tim Slade originally debuted the car at the Clipsal 500 in 2012 before using it to claim fifth in the Supercars Championship that year.

The Kumho Tyre V8 Touring Car Series will return for the penultimate round of the series at Queensland Raceway next weekend alongside the Virgin Australia Supercars Championship on July 20-22.